Save
New Wings at The Asian Civilizations Museum / GreenhilLi 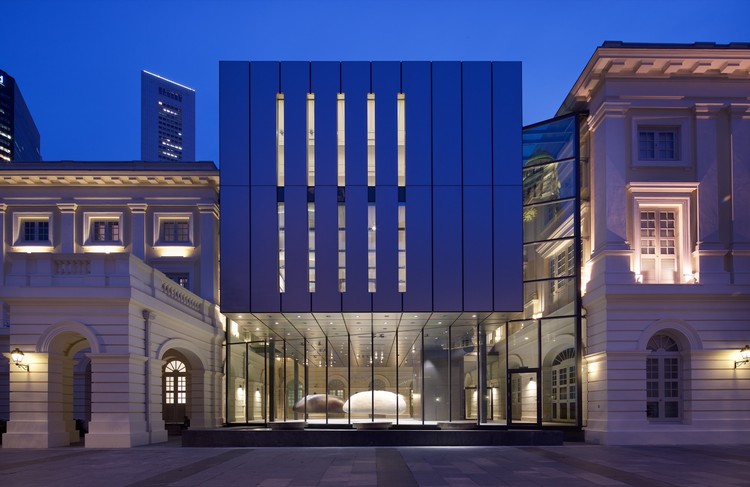 Text description provided by the architects. The two new extensions at the Asian Civilizations Museum are a culmination of ideas centred around progressive museum aspirations, stringent heritage requirements and physically challenging sites. The rejuvenation of the museum building is defined by the clarity of architectural expression, and the manipulation of daylight to sculpt building form and illuminate gallery spaces.

This is the first time that purpose-built museum spaces have been commissioned for the museum, befitting aspirations for open unobstructed gallery space, seamless spatial flow integrating old and new, and daylighting. The titanium-clad forms take on different character throughout the day as the surfaces reflect the changing daylit ambience of its surroundings.

The architecture of the heritage building dates back to 1867, with the most recent addition in 2003. Over 140 years, several extensions and modifications were carried out, all of which were in the original style of the building. The architecture of the new 2015 extensions is unapologetically contemporary and forms interesting counterpoints to the existing building. In the process, much respect had been accorded to the national monument; no part of the heritage building has been demolished. Rather, where past unsympathetic insertions have removed heritage façade features, these have been restored and revealed for the first time in years. Daylight is employed as a device to delineate and distinguish new from old, facilitate a sympathetic contiguity and create a symbiotic dialogue between the two.

The new extensions are realised through surmounting many technical challenges. The extensions are sited within existing courtyards adjacent to the heritage building, and above basements that accommodate public spaces and service plant. Light steel structures with long spans were proposed to minimise impact on the existing building and infrastructure. Re-routing of building services and infrastructure throughout the new works are carefully concealed or disguised.

The riverfront extension which fronts the Singapore River promenade is a welcoming open doorway to the museum. The main feature is a grand titanium entrance portal which draws visitors into the expansive daylight-filled space. The roof appears to effortlessly float above the 26m wide column-free space. The new gallery which is home to the Tang Shipwreck collection is awash with daylight filtering through numerous circular skylights. Through the same, the roof terrace above which has enviable riverfront views comes alive at night, illuminated by pools of light from the gallery below.

The Kwek Hong Png Wing extension consists of three separate purpose-built galleries over three levels designed to offer different exhibition environments. The architecture takes on the form of a metallic titanium cuboid ‘weightlessly’ elevated one level above the ground. The courtyard with surrounding heritage façades is the backdrop within which the three-storey daylight-filled glass atrium forms part of the 1st storey gallery space. Lightweight bridges provide seamless connectivity between the existing and new galleries.

The architecture of the new extensions does not mimic the past, rather it honestly represents architecture of the 21st century while successfully complementing and integrating with the existing building. It serves to rejuvenate the historical building and underscore it’s viability and relevance for the future. 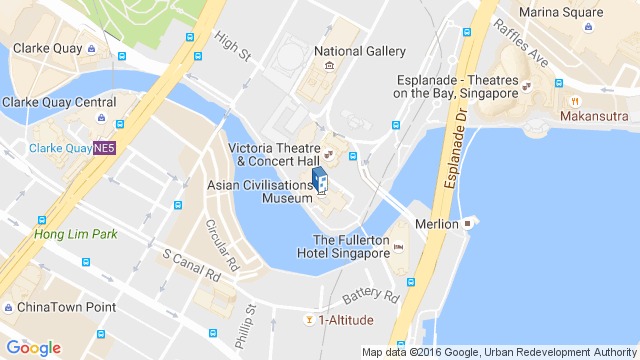 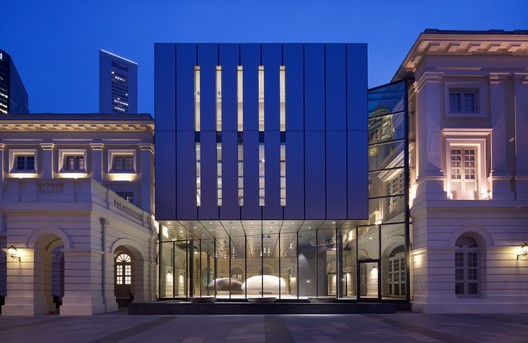