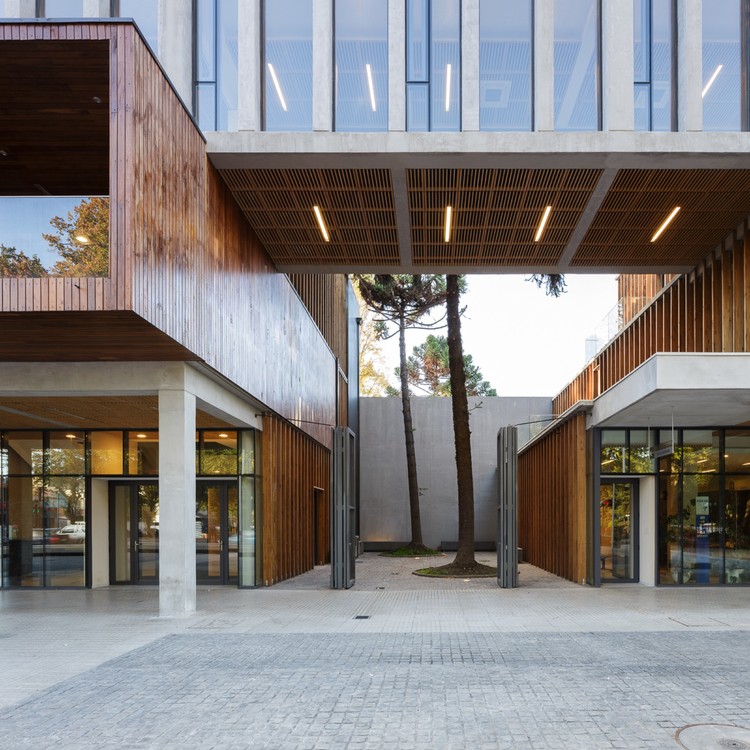 Text by ARQ. In October 2011, the Ministry of Public Works opened a competition to rebuild the Malleco Province Hall Building in the city of Angol through a public bid, bringing together eleven public services that were scattered throughout the city.

Our proposal was a building with a simple design and durable materials that would permit the flexible use of its spaces to respond to the variety of the services and activities that would be offered in the coming decades.

Both the building and the esplanade that precedes it are designed to support everyday life and events, using the state investment to create a condenser of citizen activities in Angol.

The strategy consisted in using the length of the terrain, 110 m, to build a continuous façade, a backdrop for the plaza of the Seven Foundations, Angol’s Civic Center.

The volume is set back from the building line to leave a public space along the block.

Two existing araucarias defined an access patio that divided the building in two wings, one containing and auditorium and the civil registry and the other with ten public services.

To strengthen the civic character of the building and specify its relationship with the plaza, we connected its pavement and created an esplanade where the pedestrian is the primary user.

The covered walkway along the facade functions as a protected access area as well as a meeting space in a rainy region of the country.

This covered sidewalk also plays the role of connecting the esplanade, the building and the surrounding streets to integrate the new Government of Malleco with the city fabric. 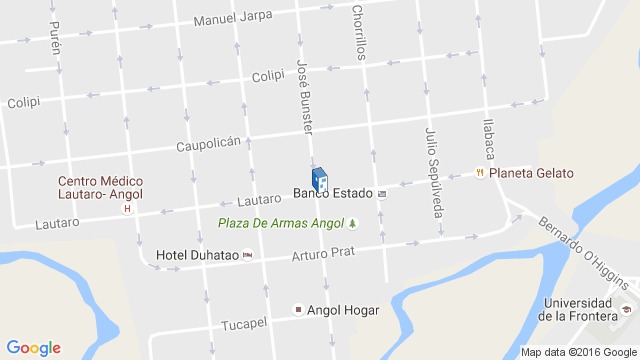 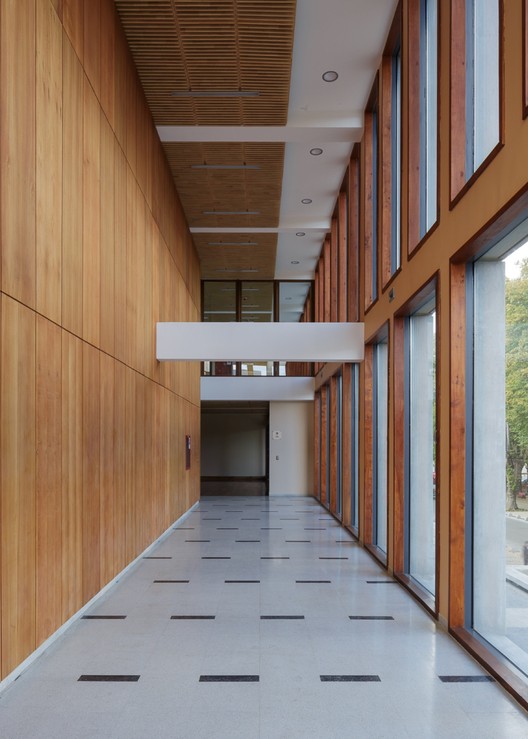