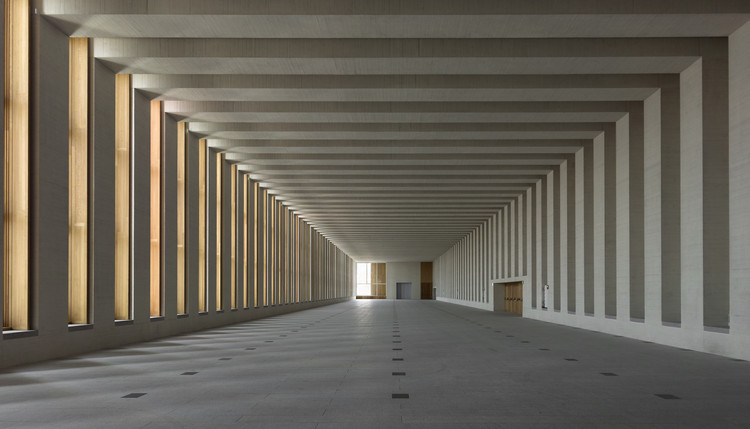 Text description provided by the architects. From an urban perspective, the project is based on two fundamental principles: on the one hand, the Royal Collection  museum should be part of the natural-artificial landscape of Madrid’s western edge, and on the other, it is necessary to maintain the open, public nature of La Almunena and preserve views of the parks and gardens beneath the western lip of the city. The Museum, in its linear structure as an inhabited containment wall, tries to reduce the objective (physical and subjective (collective subconscious) environmental impact on the monumental plinth of the Royal Palace.

We try to produce a building that is invisible from La Almudena Square by occupying a buried space that is yet to exist. The Royal Collection Museum contains the plinth of the Royal Palace, constructing a linear space that follows the lines of the Palace itself. A simple, compact building, a construction that is aware that maximum flexibility and potential is only possible within a strict order, which uses the materials of the Royal Palace and its dignified construction as a feature, with a modern layout, heavy yet light, opaque yet transparent.

The three exhibition levels, equal yet different, hold three differentiated collections: first: tapestries, second: paintings, sculptures and various items and third: carriages. Each space is organised like a warehouse measuring one hundred and fifty by twenty metres, flanked by the remains of the Arab wall  to the east and a monumental lattice composed of massive granite pillars open to the west above the Campo del Moro Royal Gardens.

The views across the gardens are the space between the structures, just as the pillars are matter between voids. The space is the rhythm of the beams, and the installations are the interface between what holds the building up. Structure, illumination, views, space, and infrastructure all have blurred edges and exchanged attributes.

The Royal Collections Museum is a plinth for the Palace from the outside; a frame for views of the gardens and the interior features. The most important part already exists; our job is to make it visible. 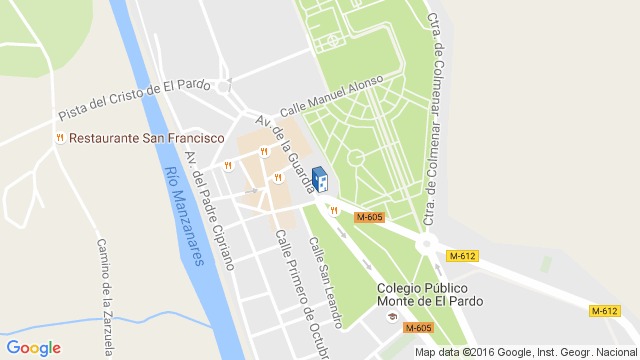 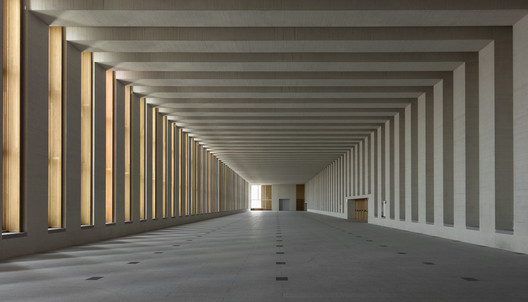