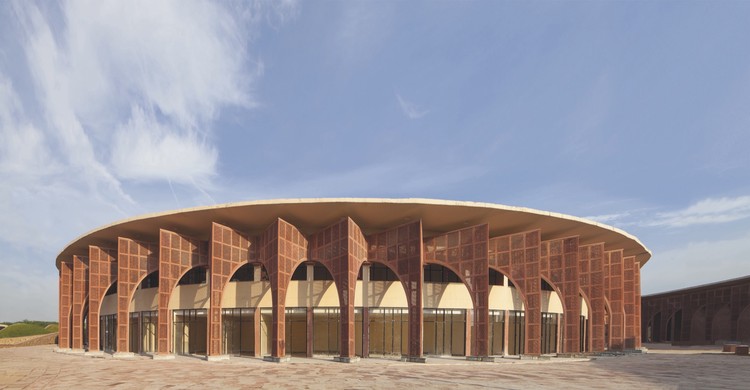 Text description provided by the architects. The architecture of urban bazaars works on a scheme of a mélange; it seems to be the leitmotif for such programmes, introducing a kind of ride through spaces and experiences that are controlled and enhanced through architectural forms and materiality. The visual mélange produces an architectural scenario for the activity of leisure and pleasure, an indulgence in shopping as well as the feeling of partaking in actions related to craft and culture. It creates an urban scope that inserts itself within a different reality; like in an amusement park, a bubble of reality within the everyday reality of the city outside.

During the design process, the layout of the twenty-acre Awadh Shilpgram evolved organically from the commercial, cultural, social and leisurely interactions of people. An elliptical form enables a smooth corner-free circulation; it narrows down while spiraling inward, and emulates the density and vibrancy of the Lucknowi Bazaars of yesteryears; the bazaars with the streets that got progressively narrower. The built environment is an interpretative collage, a gesture saluting the unique traditional architecture of the Roomi Darwaza and the Imambaras. Adequate daylighting, proper air circulation through cross ventilation further adds the dimension of comfort to the design. Its articulation has been realised through a contemporary interpretation of traditional elements of arches and Jaalis.

With nearly two-hundred craft shops of which some are air conditioned, craft courts, a dormitory hostel, an auditorium, and a food court with stalls serving cuisine from different states, Avadh Shilpgram indeed provides generous facilities to visitors and artisans.

The arch, being an important element of the architecture of the city of Lucknow, is introduced as a skin to the inner face of the buildings. It is given a 'make-over' in a contemporary style even while continuous access is allowed beneath it.

An independent structure is arranged to look like an integrated one. Each arch allows entry into the corridor at the ground-floor level. The zigzag form of jaali arches is derived by modifying the basic lines of traditional mughal arches from which one can pass through in the corridors; the double height nature lets one experience the grand feeling of arches like in the Buland Darwaza at Agra. The steel structure is clad with Red Agra sand stone in a Jaali pattern, with motifs inspired by the renowned Lucknowi embroidery craft called ‘Chikan kari’.

The unique concept along with the form, scale, materials and elements that render the architecture give an iconic building to the city of Nawabs and the people of Lucknow. 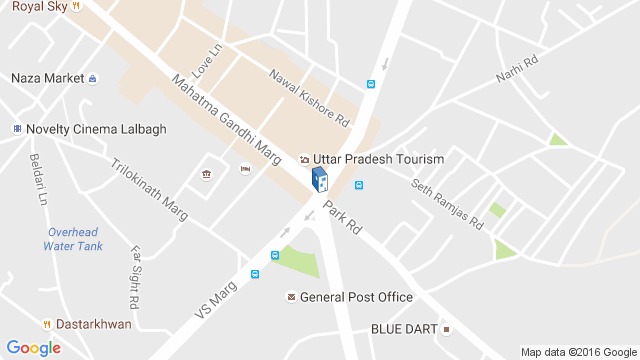 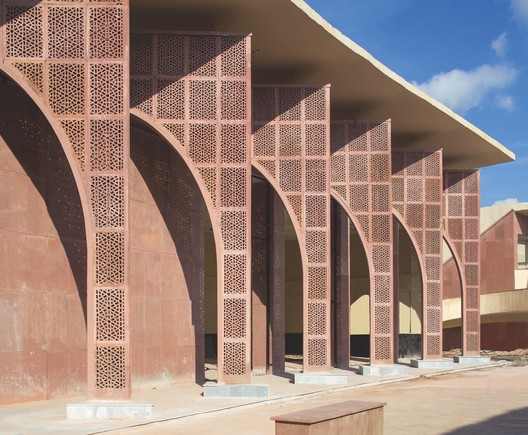 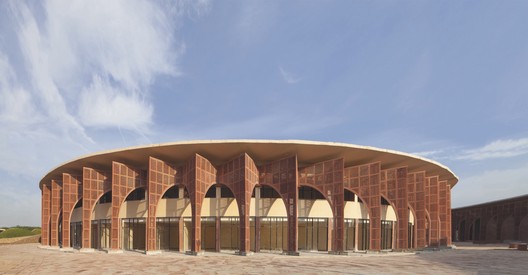