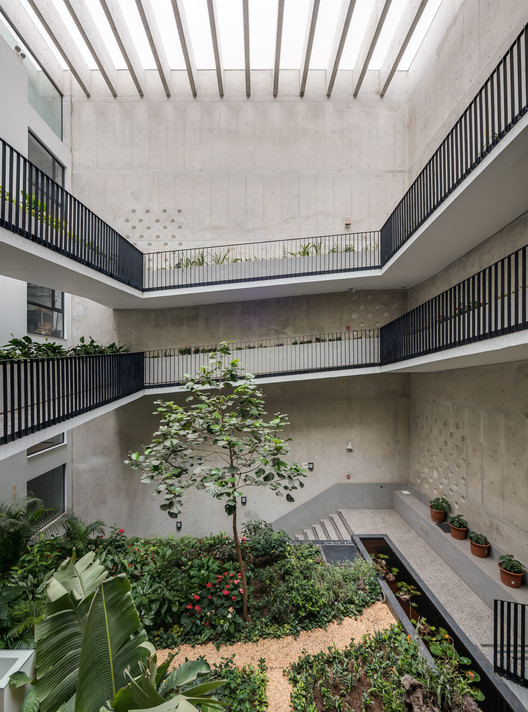 Text description provided by the architects. The project is located in an area of recent urban transformation in Lima, the neighborhood of Santa Cruz. Old mechanical workshops are turning into a new commercial area of bars, offices and housing. The elongated site houses a vertical void (botanical garden) with a semi-urban character. Its boundaries impose a regular line in a discontinuous environment trying to use geometry to shape the city.

The building addresses various programs (commercial, office and cafeteria) vertically, overlapping them in five levels. The commercial program is linked to the street through a base, the offices are located at higher levels and the cafeteria on the top level. On the top floor, the cafeteria has outdoor conditions, a contained space on the sides but open to the sky. The distribution hall has two different routes from the street; a more private to the commercial area and another more public and independent "side street". The latter allows passersby to freely penetrate the building to the cafeteria through an architectural promenade. The commercial levels are linked with slow steps.

Two envelopes were used, that contribute to control the temperature and solar incidence on the main facade. They work as a veranda (a space traditionally used in the east as protection/transition between interior and exterior) replacing the traditional curtain wall. This idea is also a reference to the traditional Lima balcony that allowed to see without being seen, but this time through a concrete structural lattice. The building reveals its section through a semi-public path, a vertical space that houses an interior botanic garden. 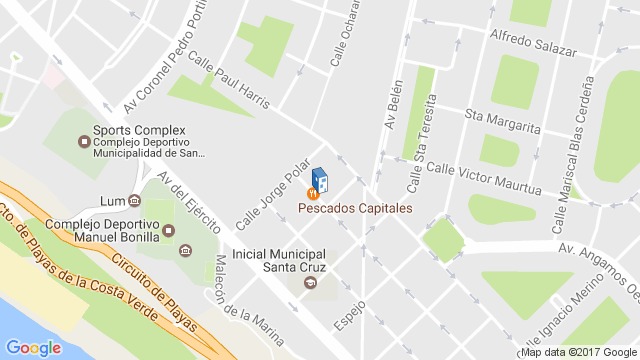