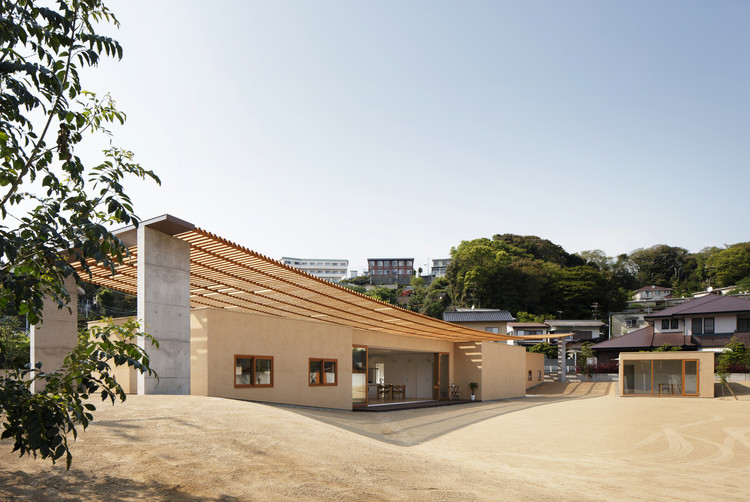 Text description provided by the architects. Create a cool space controlling sunlight like in a huge “SUDARE”  (a reed screen).
A one-story house is built on a large site in the middle of the residential area, surrounded by low hills. As the neighboring buildings are mostly low-rise houses, almost none of the shadows fall on the site, and in the result the site is always exposed to the sunlight during daytime.

Therefore we thought to suspend a huge "SUDARE" on the site to create cool energy in its shadow and then locate four boxes that forming house at its bottom. The upper roof is made out of 75 mm by 75 mm thinned wood arranged in a checkerboard pattern.  The span between its ends is approx. 40 m.

To allow such as extension we used a PC steel rod system such as in suspended bridge construction, hanged on the steel beam located on concrete pilaster. This "SUDARE" has a role to cut off sunlight that falls on the roof surface. In the gap between the four buildings under the huge "SUDARE" was created a comfortable, half outdoor space. With overlapping of the conical landscape made out of remaining soil and the scenery of slightly elevated hills,  the huge SUDARE formed into curved by its gravity creates  a beautiful appearance. 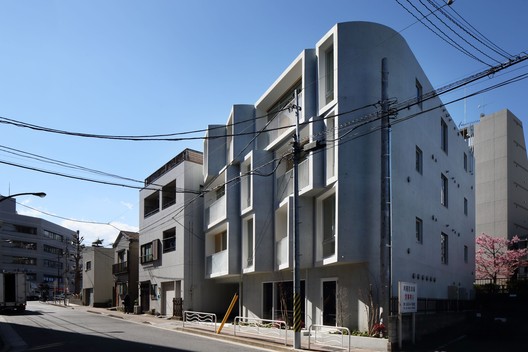 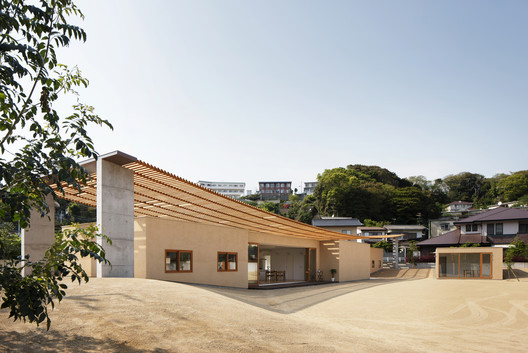