New-York-based studio Architensions has released the design for its shortlisted project, Rising Ryde, for the Ryde Civic Center in Sydney, Australia. In an effort to embrace local communities and contexts, the project is conceived as a hill-shaped building covered in local vegetation and it aims to prioritize people through its complex system of social connections and interactions with nature. 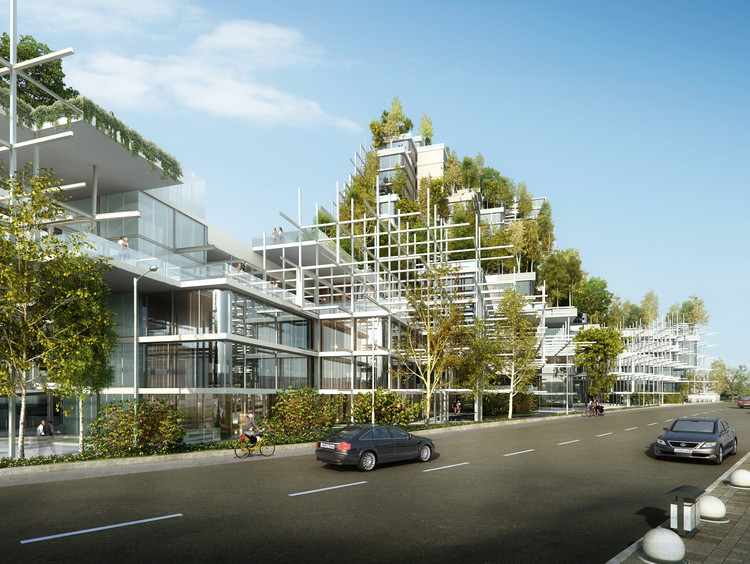 As an open spatial system, the project “aggregates its micro-cells to the macro scale of the city,” and allows its users to define the use of its space, particularly via a circulation system that is “intertwined with the space that serves as a primary usable social condenser with its intricate succession of public plazas and vertical gardens.”

Instead of creating boundaries, the Center furthermore “multiplies the interstitial space” through transparent and semi-transparent curtain walls. This openness allows the building to appear as a protective device and shading system for urban life, rather than a physically imposing mass.

Similarly, the local vegetation and trees compliment the project as an extension of the local environment and the hill that rises along Parkes Street.

The building will be organized as a micro-city with a multi-level density, intertwining residential, office, garden, and other programs in clusters. 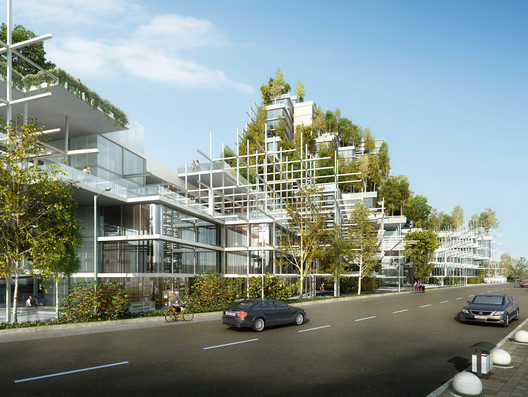