The success of a temporary pavilion has seen Danish architects Schmidt Hammer Lassen (SHL) commissioned to realise a more permanent version of their original design. Situated on the HuangPu riverside in the West Bund district of Shanghai, the new arts and events space - dubbed the "Cloud Pavilion" - has been designed to appear as if it is floating along the waterfront. Comprised of two white surfaces and 20, 000 pieces of white rope, the pavilion has a sense of weightlessness and ephemerality which contrasts to the heavy industrial machinery nearby. 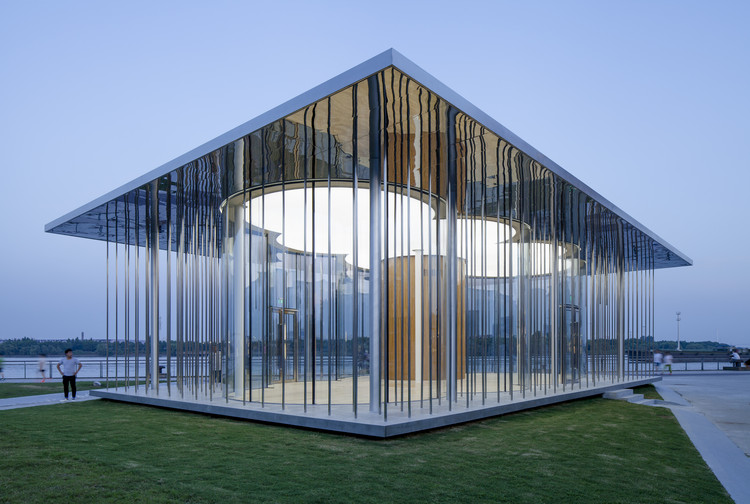 In 2013, SHL created a series of pavilions for the West Bund Biennale of Art and Architecture which were initially designed to remain for the two-month duration of the Biennale. The success of the projects extended their stay to two years, at which point a more permanent pavilion was commissioned. The original concept centered around the cloud, and it was requested that this theme be brought forward into the new building.

As well as maintaining the steel structure of the original pavilion, the new arts and events pavilion was to rework the plan to include 100 square meter space for events and small exhibitions and a small kitchen with storage. The illuminated ceiling makes the pavilion particularly experiential at night, as it is reflected in the adjacent water, resembling an "abstract cloud floating along the riverfront."

Chris Hardie, design partner at Schmidt Hammer Lassen states, "The new pavilion creates a singular space in the form of an extruded glass cloud. The cloud shape in plan directly relates to the cartoon like form associated with how a child would draw a cloud, and how clouds are often seen depicted in traditional Chinese prints. The cloud is considered a symbol of luck in ancient Chinese painting.

The Cloud Pavilion is just one of many projects currently being designed by Schmidt Hammer Lassen architects along the Huang Pu River in Shanghai. Other projects include a new 1800 seat Broadway Musical Theatre, a 300 seat live music venue, and the conversion of a cement factory warehouse into a creative Art and Design Hub.

To understand the pavilion's context and symbolism in greater detail, check out the video below. 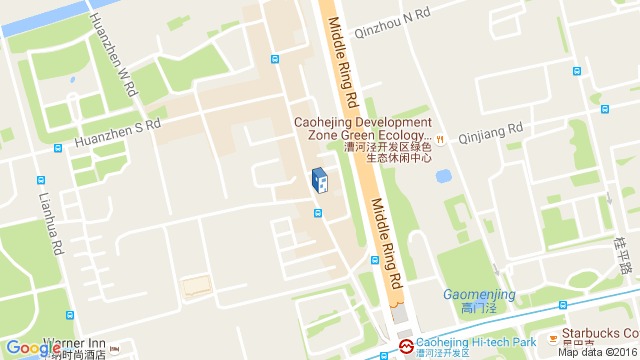 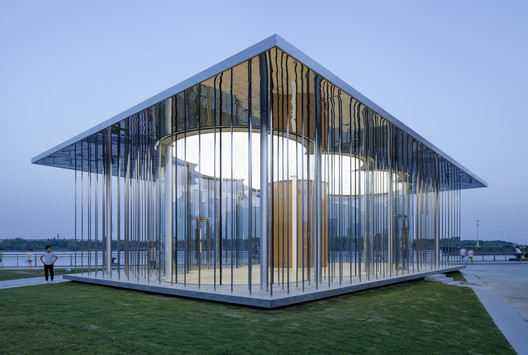