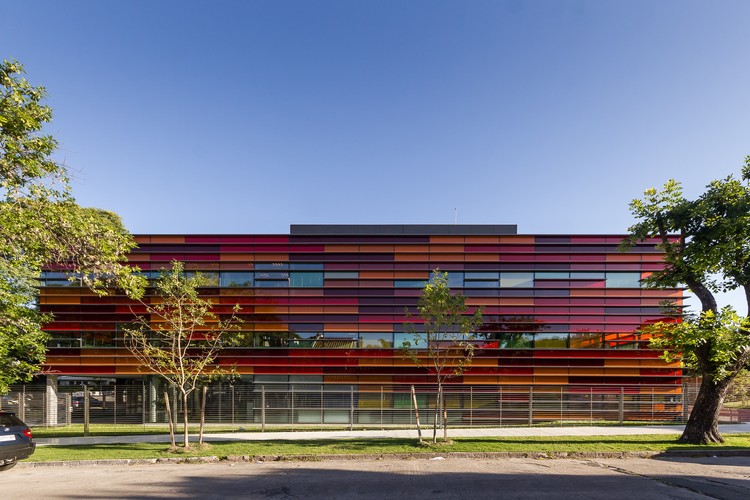 Text description provided by the architects. Towards the end of the 20th century Montevideo's historic city centre began to lose importance in favour of other districts which in themselves became new urban centres. This process, by now probably irreversible, acquired far greater significance in the last decade; with the progressive erosion of the existing social/urban balance, the original, hierarchical urban structure was not preserved and underwent considerable degradation.

In this context, it comes as no surprise that a wide variety of actors with different typological programmes abandoned the 19th century city or set up new premises in radial alternatives to the original urban fabric.

New technological possibilities played a key role in bringing this about, having changed working methods, physical dependence patterns and actual needs in terms of distances and connections: administrative, financial, commercial and even government offices (due in part to the process of decentralisation of the municipal authority) chose to move away from the centre. There was no new growth as such: the new buildings were scattered throughout the lower-density neighbourhoods.

In the present case, a company which operated from the heart of what the 19th-century development plan had called ciudad novissima took the decision to relocate to the Parque Batlle heritage district, a central area where the morphology is practically suburban. The new building is located on a corner on Dr. Francisco Soca Ave., just metres away from the park boundary.

In this area, the urban landscape features a consolidated ensemble of two- and three-storey residences of considerable urban significance and substantial gardens; the reds and terracottas of the brickwork and roof tiles intermingle with the vibrant greens of the exuberant botanical varieties in Parque Batlle. The park was laid out early in the 20th century on designs by Carlos Thays along the outer rim of the ciudad novissima, at the end of its principal avenue, and was intended as a "green lung" for the city.

The building itself is a simple, regular three-storey volume, with a break at the corner at ground floor level and a generous covered area to mark the entrance. A folly in the park: a colourful urban container housing a contemporary typological programme, to which it responds functionally and technologically while aspiring to leave unaltered the semantics of the surroundings.

Beyond its nature as an iconic object, the detached, pavilion-like building seeks to replicate and meld with the colour palettes that currently define the Parque Batlle heritage district while also stressing the horizontal rhythm.

The aluminium curtain wall regulates sunshine through variable settings and contributes to energy efficiency. To that effect the wall, made up of over a thousand thermal panels, has been equipped with sunscreens. Ten different types of glass have been used and the flexibility of the system allows for variable solutions depending on the aspect and purpose of each room and the colouring or silk-screening chosen for each pane of glass. Where the thermal panels are transparent, venetian blinds in four different shades of green provide for interior brightness control.

The exposed concrete structure, slightly inset from the facade line and explicitly apparent in the triple-height columns and beams, enables a permanent perception of the flow of space parallel to the enclosing walls and gives continuity to each enclosed area as part of the whole multicoloured volume.

The pulsating, dynamic enveloping wall offers both the users inside and the surrounding neighbourhood a very particular image, providing a feeling of ownership and identifying each individual space with the object as a whole.

The two chromatic schemes combine in the views into and out of the premises. The "pavilion building" was designed a holistic unit, perceived as such when seen both from the park and from within.

The simplicity of the structure and the detailed study of each element made it possible for construction to take place as planned and without incident over an eleven-month period, and the strict schedules required by the client were met. Previously-agreed budgets were adhered to and no additional costs were incurred. 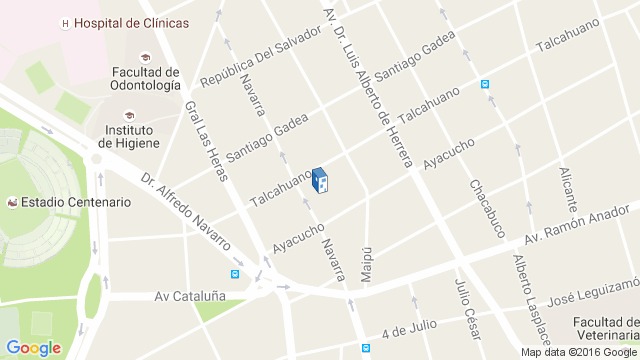