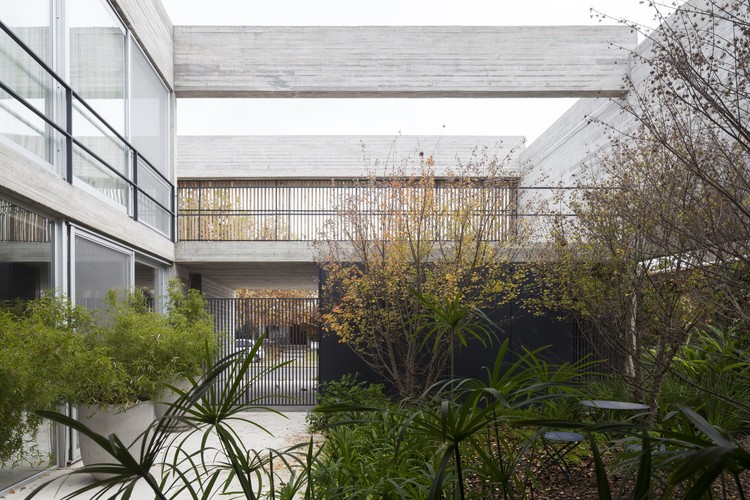 Text description provided by the architects. The site, a plot of 25 x 50 meters facing a lake, is located in a private neighborhood in the north area of Greater Buenos Aires. Towards the NW lies the street and the façade and towards the SE the lake and the rear façade. Both the NE and the SW are for mandatory setbacks.

The house is a rectangular concrete prism with a patio.

It is basically composed by four concrete walls in the ground floor, two longitudinal beams in the first floor, and over them four transversal beams, from which one of the slabs hangs.

Architecture and structure are the same thing.

Appearance and essence; context and parti; orientation and patio; vegetation and matter.

The house closes itself towards the street and the sides looking for privacy, and opens up towards the lake, taking advantage of the antropic natural-artificial landscape. At the same time, the house opens itself with its patio towards the best orientation, searching for sunlight and cross ventilation.

The patio, its vegetation, humidity and aroma, surrounded by the concrete and its forcefulness, configure a space inside-outside that tries to enrich and contrast the repeated form of suburban habitat of the “country-house”. At the same time, it doesn’t cease to –finally– be that. 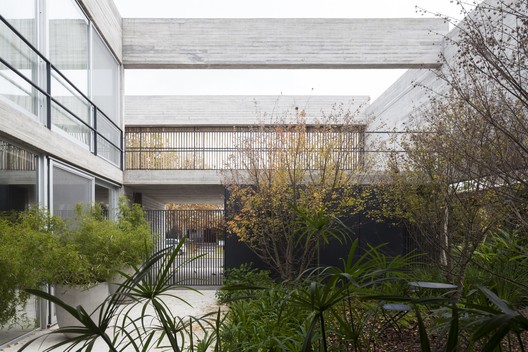