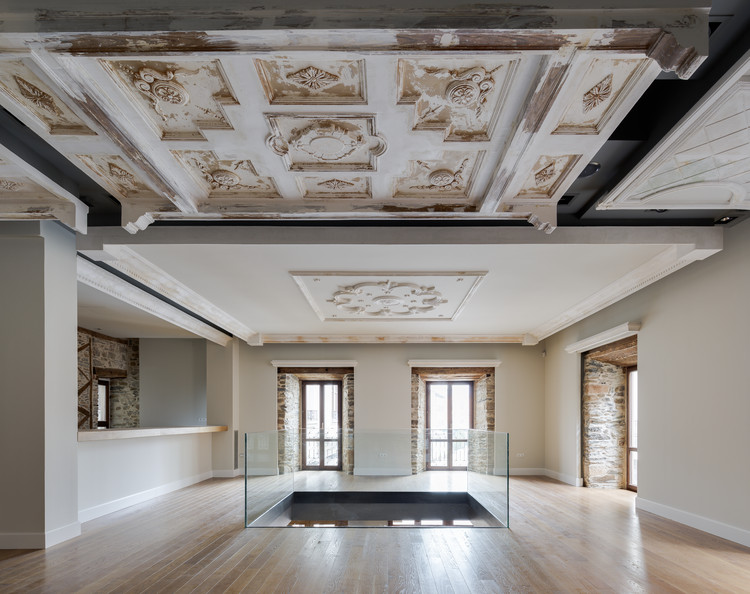 Text description provided by the architects. The project is located in Ponferrada's City Hall Square, next to the base of the Clock Tower, in one of the 5 gateways to the walled medieval city. This stretch of the wall remains intact due to its shared joint ownership with the cloistered convent of the Conceptionist, which has allowed its preservation until today.

The building corresponds to the traditional construction of XVIII Century houses in El Bierzo: rectangular, formed by volumes attached, with facade shield, courtyard, stratifying its uses by heights. The upper floor is devoted to housing, with a noble area in the square and another craft workshop in the courtyard. The ground floor housed commercial activities.

The walls and eaves, stairs and floors as well as the windows, railings and balconies are protected elements. Witness the different stages of the city growth. The developer is required to adapt the functions of the old building to its new use as a restaurant, while keeping its identity and readapting its spaces. We’ve decided to assess the historical phases of the building: the thirteenth century medieval wall with its overlapping phases and heights, the well, the shield and the tower define the typical features of the house in the style of the XVIII Century; the coffered plaster, hydraulic tiles and stairs that define the interior of the industrial bourgeois house of the nineteenth century; with regards to the XX Century the changes in their facades with new openings for commercial purposes define this era; and finally the stabilization and conservation works of the early XXI Century demonstrate the additional elements implemented during this era.

We propose a clear strategy in order to meet the needs of comfort and facilities with contemporary technology. Spaces enhancing the historical value of the buildings are redefined, while respecting traditional building techniques and working with fine materials.

The building is emptied and the superfluous layers are extracted, a process in which most unusual items appear: loadbearing walls of masonry, traditional partitions with timber frame and stone, hydraulic tiles flooring, plaster of paris ceilings decorative pieces of furniture and joinery doors, windows and grilles.

Providing definition to the spaces of the building, the first body of the building is organized around a double height that allows dialogue between the ground and first floors. The second body revolves around the courtyard and the medieval wall. The result summarizes a project full of peculiarities, which is intended to return part of its heritage to the city. 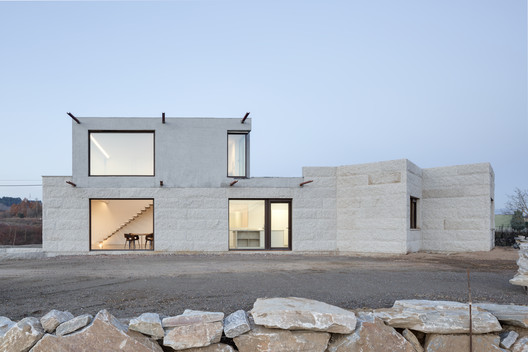 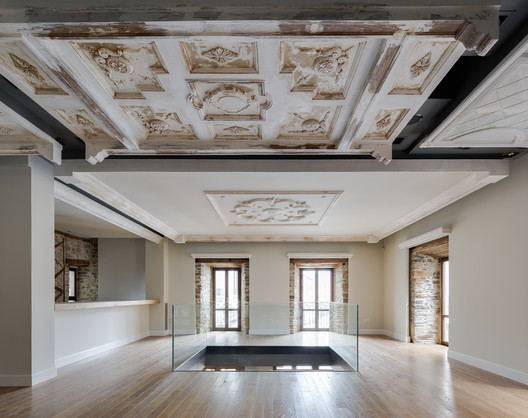