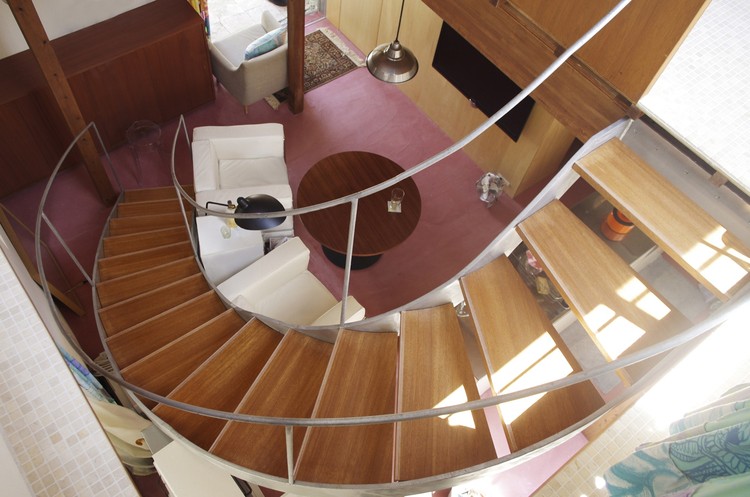 Text description provided by the architects. This house is located in a built-up part of the Tokyo outskirts, an area full of wooden houses. Its location is so tucked away that it can be difficult to find unless one actually lives in the neighborhood. The neighboring environment is quiet and contains a sense of anonymity peculiar to this area, which feels like a primeval forest. The client for this project wanted some distance from society, but to still enjoy their retirement living a convenient city lifestyle. One day I happened to find a worn-out home which perfectly matched their stipulations. I suggested renovating it. This house looked as old as the other homes in the area, sharing a similar appearance. I thought being part of the area’s unique anonymity would suit my client better, rather than my completely rebuilding the house and making it stand out from its surroundings.

This idea led me to design the house in an open manner. I intended to make someone inside really sense their surroundings wherever they might be in the home. I intentionally did not divide the house up by space. Instead, I treated its location as a living environment. I sought to integrate this environment with its built-up surroundings by making the windows (the ones which don’t face other houses’ windows) as large as possible, so that one has a sweeping view of the neighborhood. The wind that passes between the neighboring houses will also be able to blow through this home. I defined the entrance and windows according to external factors. This resulted in significant changes to the in-house environment, so I arranged the basic living essentials to their right places accordingly: an island kitchen where one can cook with their back against the neighboring house's wall, while overlooking an alleyway; an island bathtub in the windiest section of the house; a shower booth in a shadowy area; a gently sloped stairway that makes one sense the existence of the next house’s wall; and storage spaces in dark areas. I designed the house dynamically, not methodologically. The actual living experience is three-dimensional and more fluid than what a ground plan can describe.

When adding new material, I ensured that it would coexist with what had already been there. This way, one can understand the reconstructed house by seeing the accumulation of its structure and history. For example, I added reinforced beams to the existing wooden frames, and window frames to the exterior of the house in order to expose old pillars.

Until now, when we made plans to live in cities, we lived our lives by dreaming up fantasies: the ideal space, courtyards, the appearance of the city, etc. However, this project strives for a more liberated living environment in a city. Devote yourself to the aimlessly built-up surroundings, recognize them as being like a primeval forest, and spark your real body senses - just like what happens when you spend some summer days in a cottage situated in wild nature. 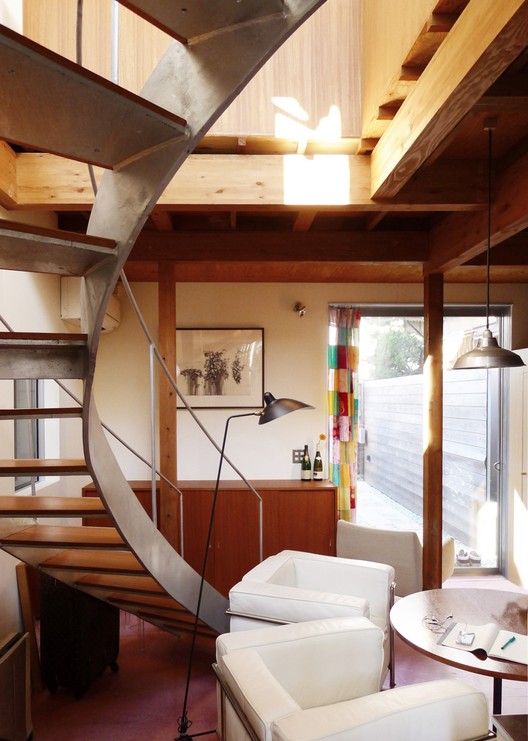 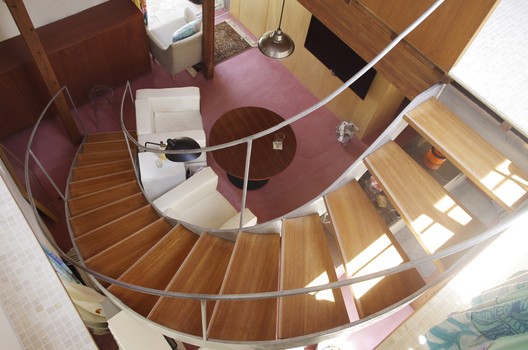