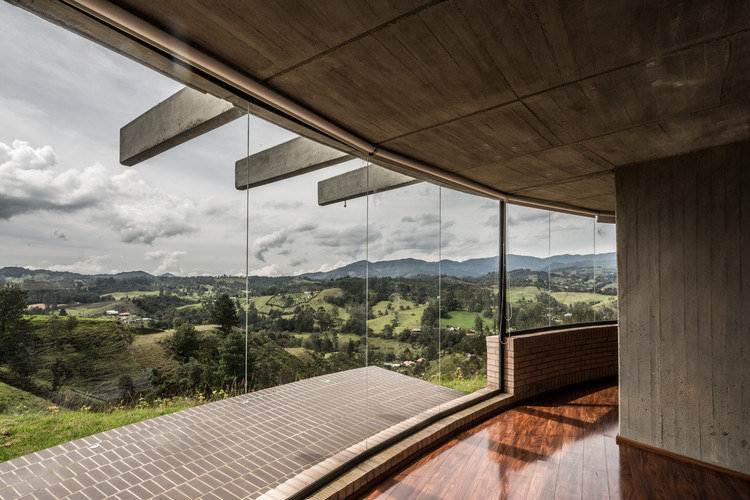 Text description provided by the architects. La Serena is located in a mountainous area of eastern Antioquia near the municipality of El Retiro 2,350 meters above sea level. Being on top of a hill, surrounded by extremely steep slopes became the most important project constraint, the form is the result of a proposal on how to strengthen the relationship between the user and the landscape through the building. It is a building in which displacement is encouraged, to travel from one room to the other, the "architectural promenade", the walk along the architecture establishing a contemplative relationship between man and territory, the landscape.

The program had to be developed mostly on a single level, and in turn to have some open space at that level. Due to the steep slope of the site and to avoid the exterior space ending up as something residual, we chose to propose an interior courtyard, a space that is the protagonist and epicenter of the house. It is accessed through the courtyard, which constitutes a threshold, a transition between exterior and interior, a kind of ceremonial space that one must pass before entering the domestic. Due to the topographic and climatic conditions of the place, the courtyard also provides shelter from strong winds. The house is entered around the circumference of the courtyard. In the design process, there was a profound reflection on the relations established with the territory. The house is in a visually privileged place, and its mostly radiated form follows the strategy adopted to maximize the contemplative relationship with the landscape. Thus the views framed by the openings inside the house change from space to space.

We design the eastern facade, which is the most exposed to the views from the road, with very small and discreet windows so as not to expose the privacy of the home. To the west, where there are no external views of any kind, we design large open windows, not only to promote the relationship with the landscape but to receive the afternoon sun needed throughout the year so that there is a comfortable temperature inside. La Serena is an architectural proposal that seeks its foundations in the obvious, intended from the understanding of the place and through the building to promote and enhance the possible relationships between the user and the territory. 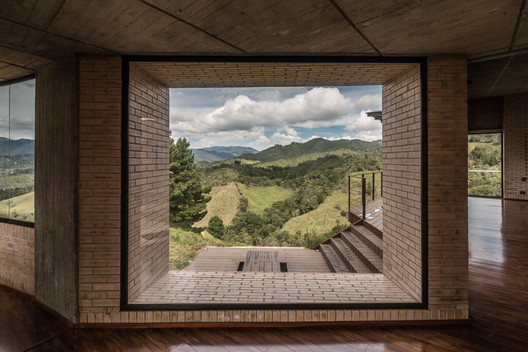 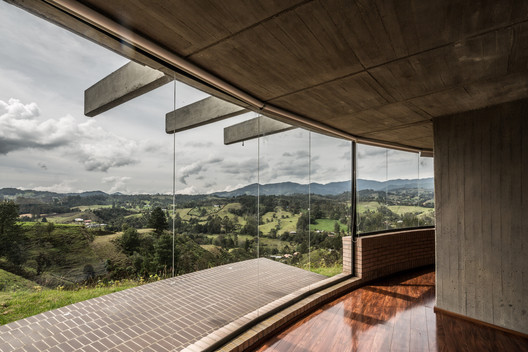