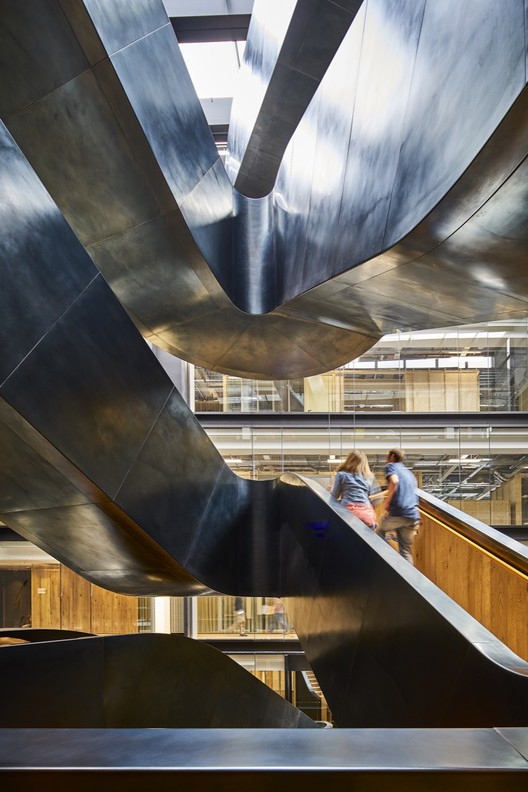 Text description provided by the architects. Google has started the first phase of its move to 6 Pancras Square, King’s Cross which will be home to its ever-growing engineering teams.

The office, with interiors designed by AHMM, will see more than 1000 staff helping build and run some of Google’s core products including Android, Google Play, Search and Advertising. Since the opening of Google’s first international engineering office in London more than 10 years ago, Google has continued to invest in developing and hiring engineering talent in the UK.

Around 800 engineers will move in during the first phase (164,000 square feet) and there will be a total capacity of 2,500 after the second phase is complete later this year (occupying a total of 371,000 square feet).

Google’s new office has been built with sustainability and healthy materials in mind. The project engaged a carbon consultant to drive down the carbon footprint, resulting in an overall saving of 2,100 tonnes of CO2 emissions, enough carbon to power 900 return flights from London to Hong Kong. 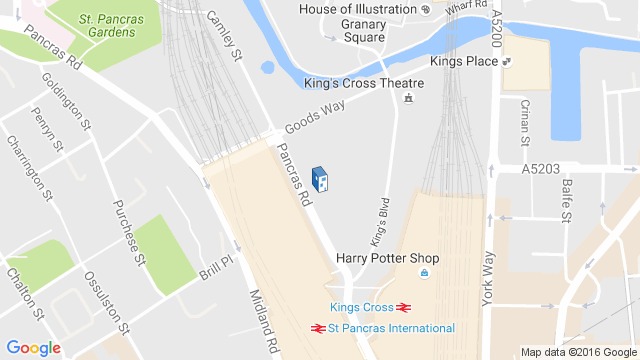 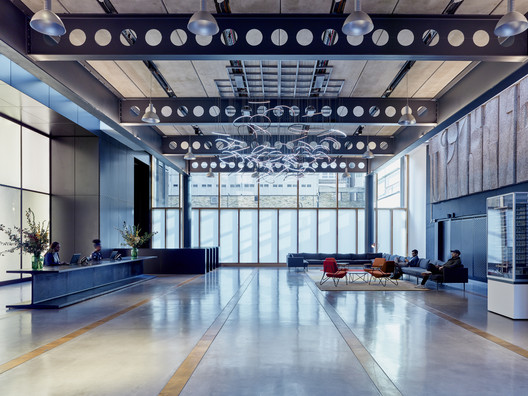