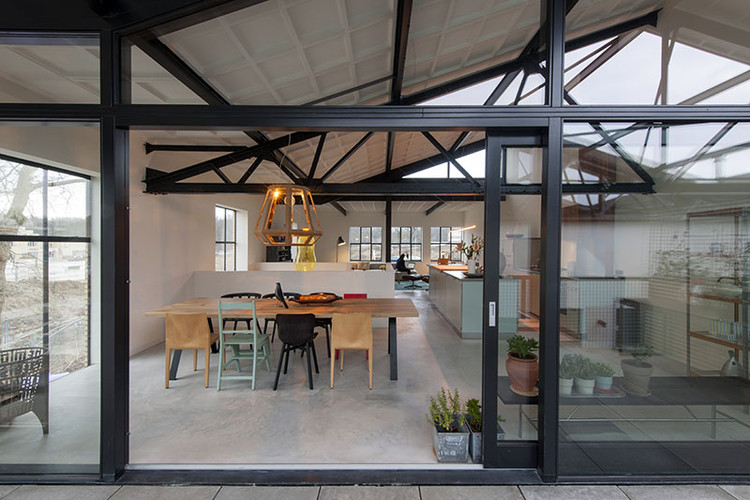 Text description provided by the architects. The RAG building is the first building to be realised by architectural firm Eek and Dekkers. The project fits seamlessly with the way Piet Hein Eek has been working for decades. Instead of worrying only about the design, Eek focuses on the entire process from idea to commissioning. Eek and Dekkers have found common ground in this approach. It is this command of the whole process, from concept to completion, that secures the result. This working method is characterised by simplicity, whereby existing elements are treated with respect and used as a starting point for new creations.

In its previous life the RAG building functioned as a pumping station, supplying the surrounding factories with compressed air and vacuum, among other things. The industrial buildings around the RAG have now made way for new build homes, so that the building has gradually become the centre of a residential area. The RAG itself has also been allocated residential status. The roof construction with riveted rafters, concrete coffering (‘bims’ plates) and large industrial steel windows give the building a unique character.

The concept for the development of the building was itself embedded within the building. A low-rise construction was realised across the full length of the façade on the south side of the RAG building in the sixties. The roof of this low rise formed a perfect roof terrace for the adjoining living rooms and kitchens. It was obvious that the living rooms should be situated under these beautiful roof structures.

As the building is so large, the plan with a terrace on the roof of the adjoining construction was a virtually perfect solution for the section adjacent to the facade. But what to do with the other section? After a, in retrospect, remarkably long period of deliberation and careful consideration, we found the solution. We decided to take out one section of the grid from the heart of the building, sacrifice two windows on either side and to remove the ‘bims’ plates. We thus created an open internal street in which the roof terraces could once again be realised to the south. The sun rises and sets beautifully over the building, parallel to the new inner street. With this intervention we were able to solve everything at once. The windows, doors and existing elements could again be 100% put to use. In the new inner street, we not only made the roof terraces but also all the necessary doors and windows. Wherever the upper floors meet the original steel windows in the outer façade, we devised a detail that allows the 30 centimetre-thick concrete package to correspond exactly with the original horizontal window frames. We respect and use the existing details and incorporate the rest in newly built  elements.

The inner street has a private-public character and is the property of the residents. They all live together under one roof, but there is no problem with privacy as the properties are south-facing. The living room wall of the neighbouring home is visible from the roof terraces of the properties in the inner street, with above it glass right up to the apex of the roof. The new window frames and facades of the inner street are all made of wood. Although we initially envisioned typical steel windows and doors, as were originally used in the building, budget cuts ultimately forced us to search for alternatives. The wooden window frames turned out to be a great improvement. Instead of imitating the old and building upon it, the numerous large glass surfaces are clearly distinguished from the existing elements. It emphasises the design and the additions – new is new and old is old.

The building stands upon an enormous basement that is half underground. This cellar was originally used to house supply and drainage pipes, maintenance and was also the foundation for the machines. As all existing windows and doors were based on this height, we reinstated the original level after completely demolishing the cellar. The living spaces on the ground floor are thus a metre above ground level and have a view of the surroundings, yet are not overlooked. The cellars are low, yet very serviceable as bicycle cellars and storage spaces. A ramp on the east side of the building provides access to the cellars adjacent to the central section under the inner street. The construction of the floor is as thin as possible and includes a large atrium with stairs. The atrium also provides two apartments on the ground floor with their own balconies. 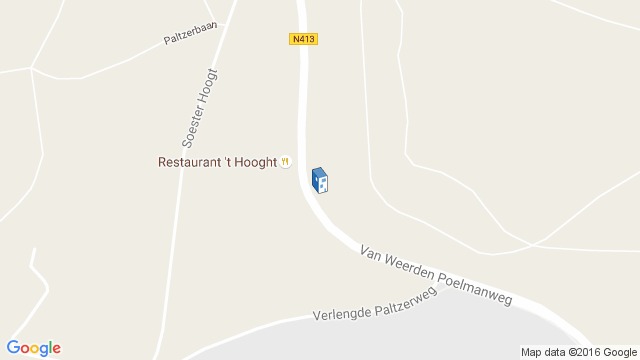