Highways have been operating in largely the same way since the early twentieth century. In the Bao'an District in Shenzhen, China, rapid urbanization and industrialization within the built environment is not mirrored in its infrastructural spine, the G107 highway. In order to investigate the possibilities for this strip and its adjacent areas, a visionary open competition was organized earlier this year. A team lead by Avoid Obvious Architects (AOA) and TETRA Architects and Planners presented a redefinition of the highway typology, with a system complex enough to properly service the rich productivity it is connecting.

AOA and TETRA's new G107 is a multi-modal transport system, focused on allowing futuristic modes of transport as it is on implementing cutting edge levels of sustainability. Also referred to by the consortium as an "organic highway," the proposition aims to foster and connect a network of "green manufacturing," with the strategic vision of making Bao'an a carbon neutral city by 2045. 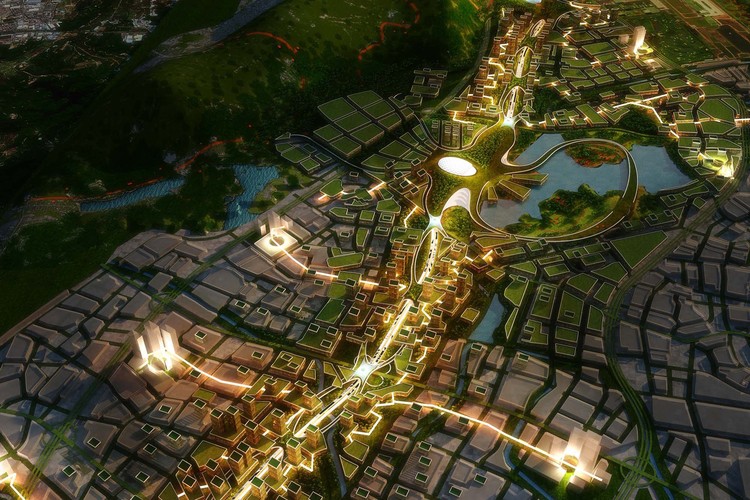 Organized jointly by the People’s Government of Bao’an District, Shenzhen and Urban Planning, Land & Resources Commission of Shenzhen Municipality, the competition drew responses from seven global design firms, one of which was OMA. Spawned from the desire to match the infrastructure to the speed of production, the competition objective was to push teams to conjure up technologically focused, sustainable solutions.

The current 30km long 12-lane G107 is seen as the antagonist to efficient productivity and transport, and it cuts off the city’s western waterfront development areas from its mountain ranges to the east. AOA and TETRA's scheme reconnects these two natural amenities, creating an urban landscape between the arterial G107.

We started the G107 challenge by questioning the role of a highway. We propose that traditional highways are outdated and inefficient. Our presentation will demonstrate that multimodal transportation systems that integrate automated technologies like drones, auto-pilot vehicles and high-speed transit are the future of 21st century urban development. We believe there is no need to expand Bao’an’s 12-lane highway. Instead of treating the traditional highway as a fixed piece of infrastructure, we will design a smaller, more fluid, multi-layered, thoroughfare that will be a spectacular starting point of growth for an organic smart city.

In AOA and TETRA's design, the existing 12-lane highway is split into two 4-lane enclosures which interweave vertically and horizontally along the 30km strip. With sections at grade, above grade and below grade all being utilized for greenery and public amenities, a new density of public program is established. The sections above grade snake through buildings on both sides of the highway, allow pedestrians access to the new transit hubs. Distributed along the strip are new cultural centers which celebrate art and design.

Multimodal transit systems will be employed making travel time from one area to the next within a 15 minute timeframe. An added benefit will be to reduce the city’s dependence on cars. In order to foster an economy of sharing, each intersection will feature transit hubs with shared vehicles.

The design for the new G107 interlaces water management, landscape treatment and transportation so seamlessly that it is almost impossible to differentiate between them. Within the multi-layered design, smart technology to manage air pollution and water are integrated into the roadways themselves.

Our design intent is not to give up Bao’an as a manufacturing town, but to upgrade its facilities into a “Green Manufacturing City” with the power to share and connect people, places, and amenities. This sustainable city will celebrate the new “sharing economy” with facilities like transparent factories, drone ports for deliveries, open platforms for experiments, mobile offices and natural amenities to share. The new G107 will be a place to live, work and play.

While Shenzhen have been recognized as the greenest city in China, Bao'an is behind on its pollution management and green ratio. The new G107 plan would see Bao'an become the greenest city in China, a carbon neutral, green manufacturing zone which would become the model for other cities to aspire to. Aside from the vision to achieve sustainability, the city would also become a world leader in technologically innovative infrastructure, cementing Shenzhen's title as the "City of Design." 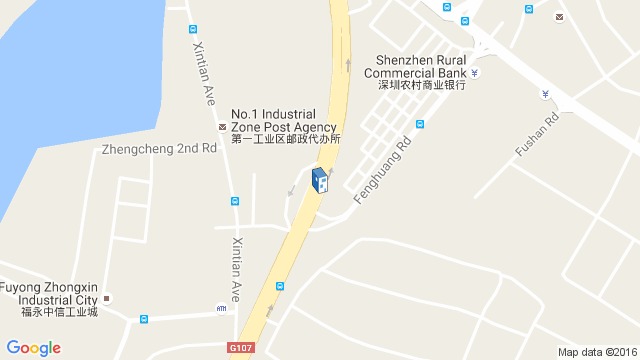 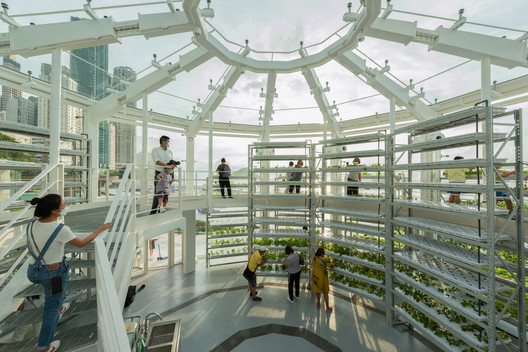 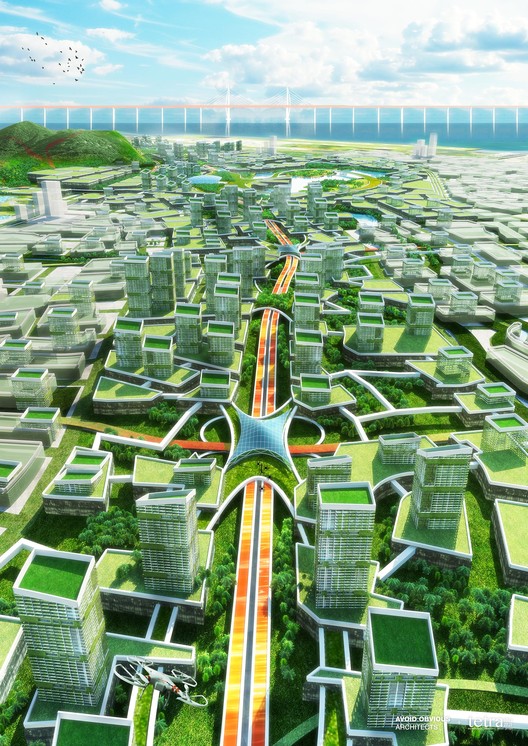 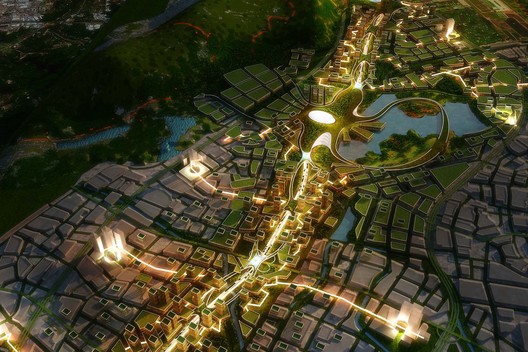