Overpopulation, pollution, congestion and inflated land prices are putting an increasing amount of pressure on the urban functionality of Bangkok, Thailand. Renowned for its cultural vibrancy and constant activity, the city is struggling to keep up with the rapid pace of its sprawl. In order to ease the pressure and reinsert the public realm back into the metropolis, a new proposal transforms the spaces below major highways in the city into a public network dubbed "The Thailine."

Jon Sealy, the Global Design Director of London's Marques and Jordy (M&J) spent three years interrogating the ways in which existing space in the metropolis could be repurposed to provide inhabitants with vital public space and amenity. Initially appearing as a playful intervention, the colorful project addresses a myriad of social, economic and ecological concerns. Envisioned as a pedestrian and cycle path which interlaces ecologically sustainable initiatives with lively public space, the project would see green areas within Bangkok increased by over 200%. 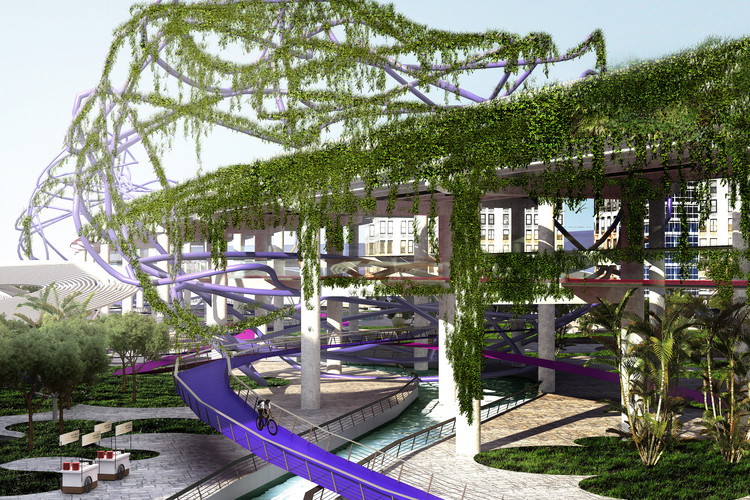 The design is driven by a constant consideration of ecological impact and the reduction of carbon footprint. The main issues identified by Jon Sealy include air quality, water usage, health and energy usage, and in response to each of these, sustainable elements are intertwined within the program of the Thailine. Waste treatment centers, health centers, private and residential zones are embedded within the design, and sustainable measures such as solar trees and gray water storage are integrated throughout.

Movement and circulation are addressed in a number of ways, with the main modes of transport along the Thailine being pedestrian, bicycle, and a new hybrid infrastructure of electric tuk-tuks. The water becomes a functional space when the existing "klongs" (canals) are cleaned and can once again become industrial networks. With the water acting as a stage for floating marketplaces and recreational activities, Bangkok can be reestablished as the "Venice of the East."

The Thailine was developed with Thai sensibilities in mind, taking a multifaceted approach to designing for the people of Bangkok. Cultural references are integrated throughout the project, both through the program and the formal outcomes. Temples find their place along the network, along with community centers, cafes, and local businesses. In accordance with the local method of working and designing, the project champions local craftsmanship and many elements require a specialist Thai approach.

Jon explained in a press release, "It's important that Thai values are enriched and embedded into the scheme. It's really a development about Thai people and their communities. There is nearly a million square meters of space in these areas. We can develop this space for people."

The proposal actively regenerates economic activity in areas which are currently unoccupied and in disrepair. The provision of clean and open public realm will not only allow users new places to socialize and undertake recreational activity, but also increase the value of the adjacent land. Moreover, the green space will provide local people with entire zones activated by small local businesses or market stall holders.

News via Marques and Jordy. 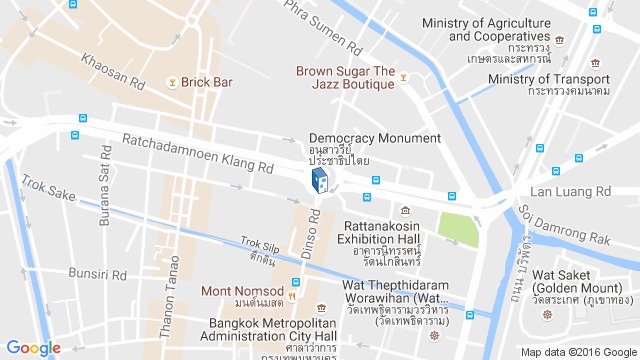 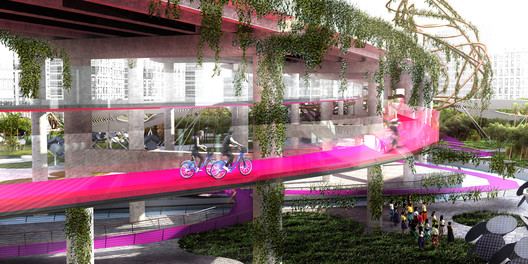 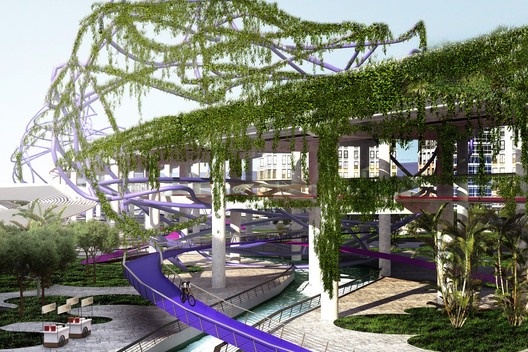