French architect Patterlini Benoit has imagined a mixed-use building to be wrapped around one half of the Arc de Triomphe in Paris. Completed in 1836 as a memorial to the victories of the French armies under Napoleon, Paris’ triumphal arch is one of the most iconic and visited landmarks in France and the world over. But Benoit argues that its status as a tourist destination has removed it from the authentic cityscape that is used by everyday Parisians. His proposal attempts to reclaim the monument for the city by dividing the arch with an enormous mirrored plane – visually competing the monument from one perspective and providing new function from another. In this way, Benoit claims, the structure can be “brought into modernity without denying history.” 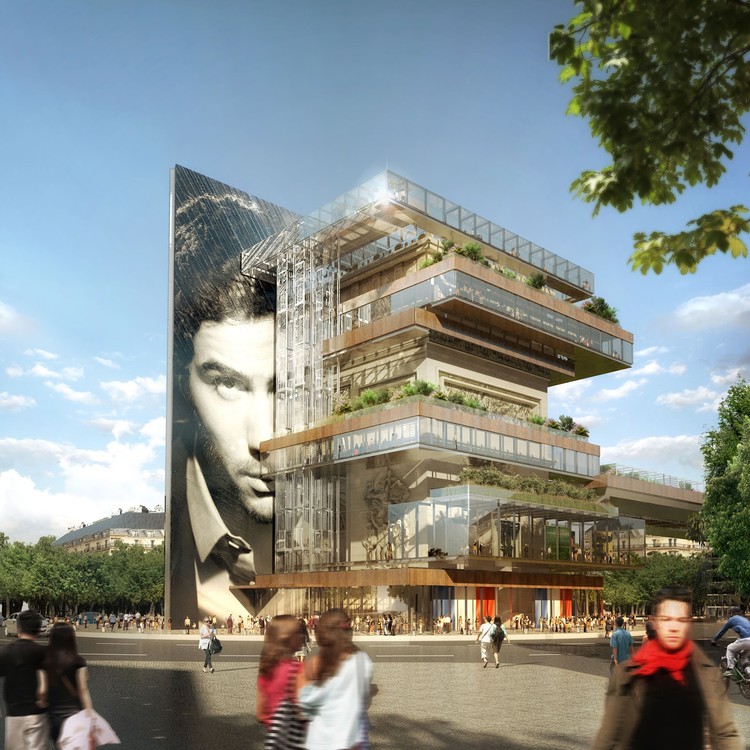 The proposal consists of a series of stacked glass boxes, bracketed around the monument and connected via a glass elevator. The boxes would have their own independent structure, so they can float around the Arch without compromising the memorial.  Each box would contain different programmatic elements: a museum to French history and nationalism, an art gallery, a panoramic restaurant, and a cafe-style lounge, where tourists and locals could interact.

Benoit also addresses the issue of accessibility to the site. Located in the center of the world’s most famous roundabout, the Place Charles de Gaulle, access to the monument currently demands navigating across 12 lanes of traffic or walking through an underground tunnel. Benoit’s proposal calls for a new landscaped bridge connecting the monument to the neighborhood of Neuilly. The bridge would accommodate both pedestrian and bike traffic, becoming a new green corridor of the city.

The remaining half of the Arch would remain undisturbed, with the large mirrored surface visually completing the symmetrical structure. On the other side of the mirrored wall, a digital billboard would be erected to announce events and Parisian news.

Obviously speculative, the project’s true goal is in in questioning whether our landmarks and icons can contribute to the public realm in more pragmatic ways. 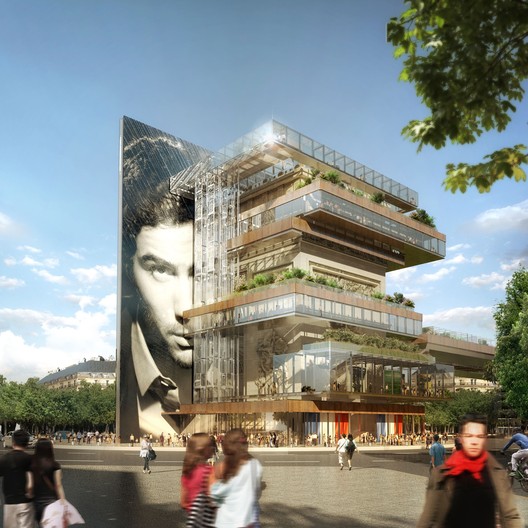