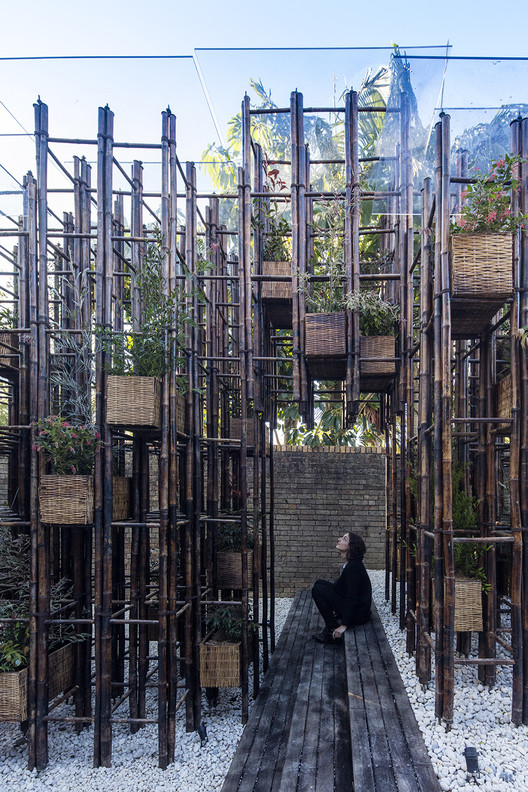 Text description provided by the architects. With green architecture in mind , the idea of “Green Ladder” is combination of bamboo ladders – a popular equipment made by bamboo – a traditional material in Vietnam. These bamboo units were assembled in Vietnam and transferred to Australia.

Bamboo is the “green steel” of 21st-century. It is an extremely fast-growing species of giant grass, grows abundantly, quickly and cheaply in Vietnam, where canes cost as little as a dollar each.

The structural elements are linked together to form a porous but robust grid-like frame, supporting the planter pots inserted in-between. The pavilion acts as a physical link connecting visitors and nature. Ultimately becomes more than form, function and beauty, but a catalyst between human - nature.

The project contributes to raise people’s awareness of greenery and nature in the urban context, particularly Vietnam, where green spaces have become more and more scarce.

After three months exhibition at the main garden of the Library of Queensland, Australia, “Green Ladder” has been moved to the Sherman Contemporary Art Foundation (SCAF), Sydney ,displayed as a notable project for the upcoming exhibition.

The exhibition will be held from 07th July, 2016 up to 10th December, 2016 at Sherman Contemporary Art Foundation (SCAF) 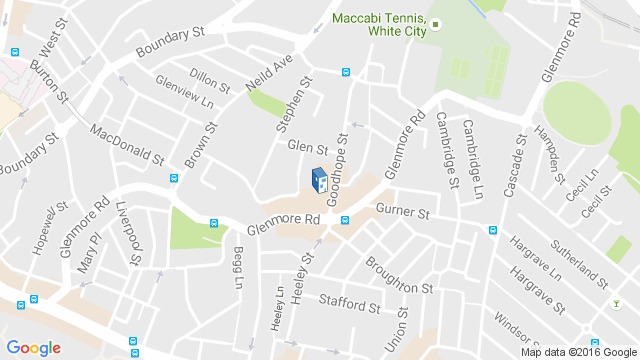