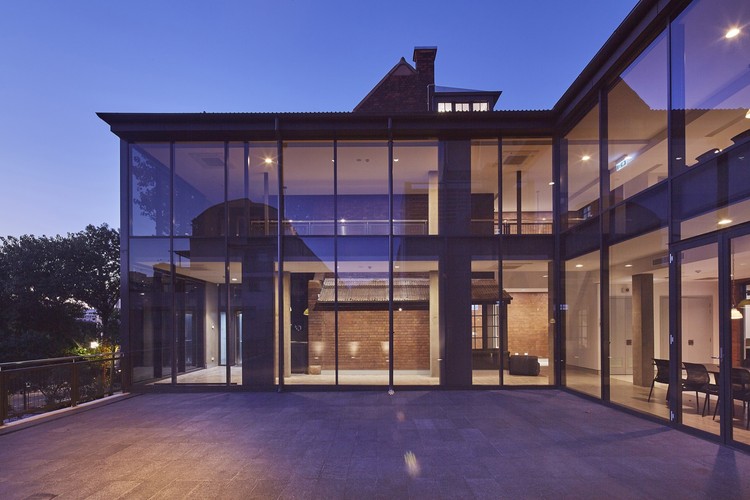 Text description provided by the architects. Between 1890 and 1911, Government Architect Walter Liberty Vernon designed and delivered over fifty projects in NSW, some of which are still standing and in use.

One of those is the Pyrmont Fire Station located on the corner of Gipps and Pyrmont Streets in Ultimo, Sydney. It was constructed in 1906 to address the compounding fire danger posed by an intense growth in industrial development in the area during the first decade of the 20th century.

The original building is Federation Free Style and constructed of red clay face brick in English bond with lime mortar over a rusticated sandstone plinth and has decorative sandstone detailing emphasising door and window openings and other features. The colours and textures of the brick and sandstone are in stark contrast. While the Pyrmont and Gipps Street facades have a strongly defined “base”, “middle” and “top” and feature several asymmetrical features.

Inside, the building originally consisted of two engine bays with attendant stables, a family size officer apartment and single men’s room on the ground floor. There were also apartments for six families on the second and third floors with a laundry, drying yard and watch tower at roof level.

The Station was staffed until 1945 when it was closed. It then reopened in 1960 and remained active until 1994 when it closed again for minor renovations.

The fire station reopened in 2007, however for over 40 years the two upper floors of the fire station have remained unoccupied and had been subjected to squatters, theft, water damage, fire damage and vermin.

In 2013, Fire and Rescue NSW commissioned Group GSA to refurbish and extend the operational Fire Station and derelict upper floors to improve conditions for the fire fighters and to provide office accommodation for Fire and Rescue NSW staff as part of their relocation program from their current head office in Elizabeth Street, Sydney.

Major works included upgrading the buildings structural integrity to a Category 4 seismic stabilisation. This was achieved with a meticulous design by Birzulis and construction by MAXBuild installing new steel portal frames to shore up and protect the existing heritage envelope including the prominent bell tower on the corner of Pyrmont and Gipps Streets.

Twenty-four cubic metres of concrete was used to form 1.5 metre deep footings which extended down in to existing bedrock. This formed the foundations for tonnes of structural steel that protect the building from lateral movement.

The portal frames span two floors and tie to reinforced joist flooring which is braced to the frame with a series of flat bar cross-bracing. The external façade is then tied to the perpendicular walls with a Helibar system.

Architect, Janine Graves believes “The upgrade of the locally listed heritage building is a win for urban development within Pyrmont. The Vernon building will continue to be a landmark building for many years to come”.

A new extension was also added to the building over the 3 floors. The contemporary addition is inspired by design methodologies adopted a century ago - Innovation, decoration and social creation.

The choice of interfacing materials between the heritage building and the extension produces a strong connection between the old and new. The materials complement each other and flow between internal and external spaces in an asymmetrical fashion much like the building before it.

Original concrete floors have been topped with a white concrete, marking the extent of the original building footprint and in contrast, grey concrete floors segregated by a subtle shadow gap defines the extended premises.

Vertical circulation zones are clad in Zinc, linking all 3 floors and the diverse departments of the organisation together. The zinc cladding also located around landscaping to the level 1 terrace compliments the aged red brick and the new glazed façade encasing the rear of the original building.

Recycled bricks from the site’s dismantled outbuildings were used for infills and repairs.

Janine Graves states, “The major renovation presented many challenges through the construction process. These were overcome by the team’s passion for restoring a standout piece of historical architecture and providing state of the art facilities for the service men and women who risk their lives daily to instil a sense of safety and security within our communities.

Artel Constructions worked collaboratively with the consultant team to deliver a successful renovation within the constraints of the brief and site.”

In addition to the retention of the original envelope and the incorporation of an extension to the Vernon building, another challenge involved retaining and repairing details and material such as the pressed metal ceiling above the existing interior engine bay. In order to install the joist flooring without damaging the ceiling, the builders removed the existing floor boards above the ceiling, cleaned and stored them, and then re-laid them on top of the new joists.

The original walls and rusted tin roof of the ‘fodder’ room, used for the horses in the early 20th Century, has also been retained and can be viewed from the level 2 void along with some original art works preserved behind fixed picture frames.

It is Janine’s view that “GroupGSA and the professional team of multidisciplinary consultants have ensured that the work of the former Government Architect Walter Liberty Vernon, continues to function as it was intended but now more aligned with contemporary work processes”. 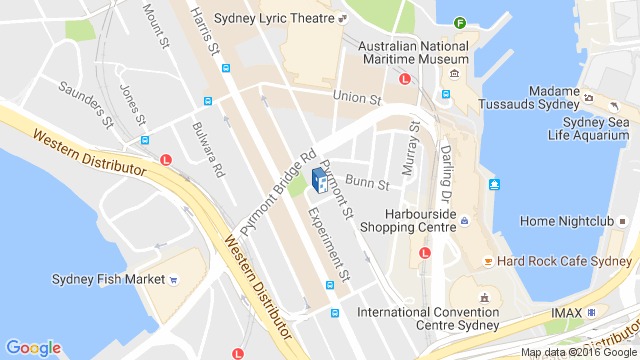