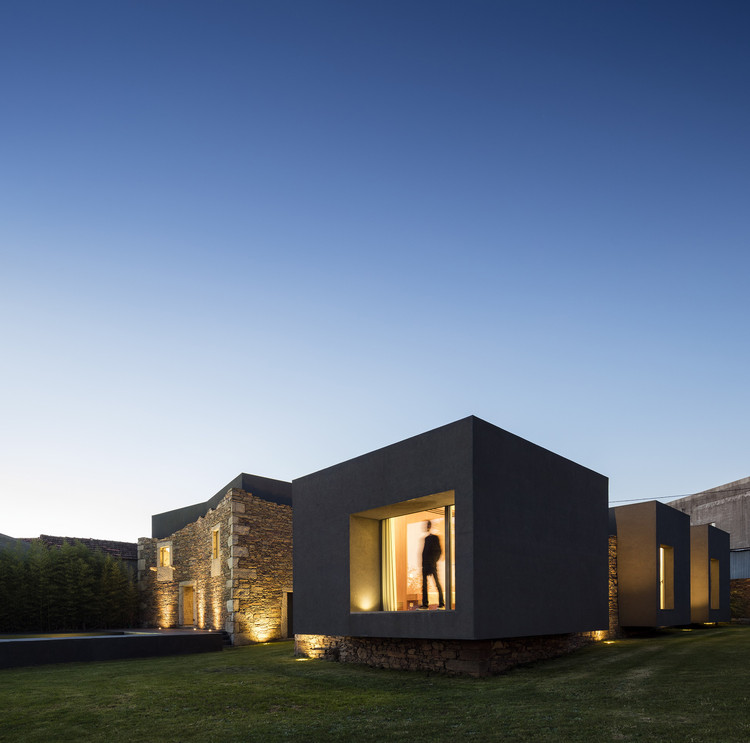 Text description provided by the architects. Vigário House is a particular and sensitive project, dating back to 2008 and completed early 2015.

The project is the outcome of the privileged context. The existing ruins were the triggers that set the conditions for the unfolding of the new architecture narrative.

The new organism adapts itself to the old stone walls, filling the existing interstitial spaces, unifying the mass and providing a contrast backdrop against the rough stone surfaces - the main characters in the narrative - in a close dialog between the old and the new.

The stone ruins are the main element in the plot, and new architectural body is a silent ally and a neutral stage. Also, the new body translates a gesture that respects the nostalgia and history of the past, thus avoiding its loss and its fall into oblivion.At the same time, the new intervention uses the past for its own benefit, taking advantage of the geometry, textures and visual properties.

The construction went on for almost eight years, and witnessed several stops and standbys. This was a slow architecture exercise, all to do with the passage of time.

The first phase, regarding the reconstruction, cleaning and consolidation of deteriorated parts of the ruins, took alone the first full year. The work was done according old traditional, and almost lost, stone setting methods, respecting the original stone construction. Each phase was a challenge, successfully achieved by a close and dedicated on-site overview, resulting in many cases in site-specific solutions, due to the specificity nature of the building, were each wall or corner needed a particular and personal attention. 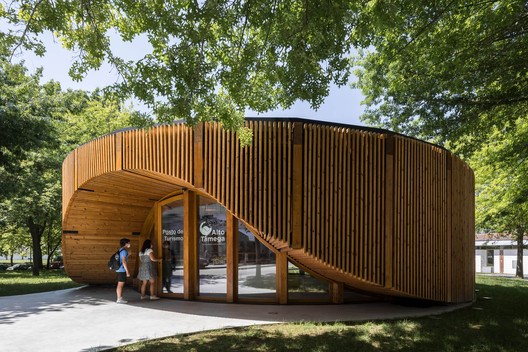 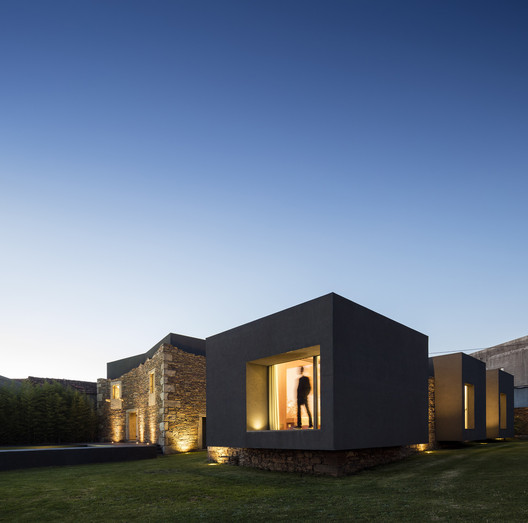