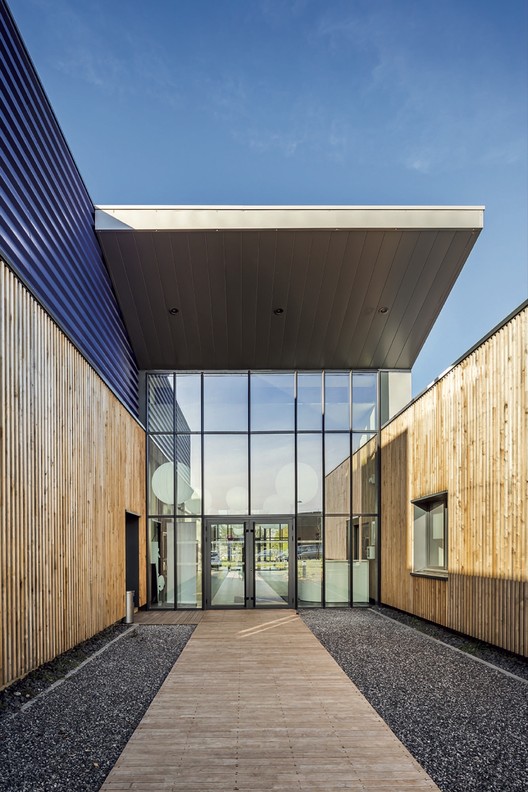 Text description provided by the architects. An urban flagship on an old mining wasteland

On the periphery, neither an industrial zone nor an urban area, the project commitment was to create activities to ensure local governments and residents potential expectation. The showroom is the focal point of the building which thus opens on its environment as to become its flagship.

On this site of 13 000m2, a single-story building was essential.

The workshops, administrative offices and showroom are easily accessible from the wide central hall. The hall also overlooks a huge patio with an arboreal metal posts structure covered by a canopy. Thus, both inside and outside, the architectural design clearly distinguishes the administrative functions from that of the workshops, these two components of the program having separate entrances.

The challenge and the essence of this project located in Pas-de-Calais were to provide natural light and create an overall lighting network. Thanks to the patio, to the canopy and the showroom, a bright light is distributed everywhere while the workshops and the chassis modules on the outskirt still enjoy natural light.

What about the site, a mining wasteland located on the grounds of the former Pit 12?

There were no constraints due to the grounds of the former slag heap. Yet it gave the opportunity to discover that the parcel is located partly on a lethal zone called by GRDF; next to a gas pipeline prohibiting the construction of an ERP. A Regulatory provision of mechanical protection was required to protect the pipelines.

The aim of both L'Atelier 2 + 1 and the project management was innovative in order to anticipate the simultaneous work of these two separate but overlapping sites. 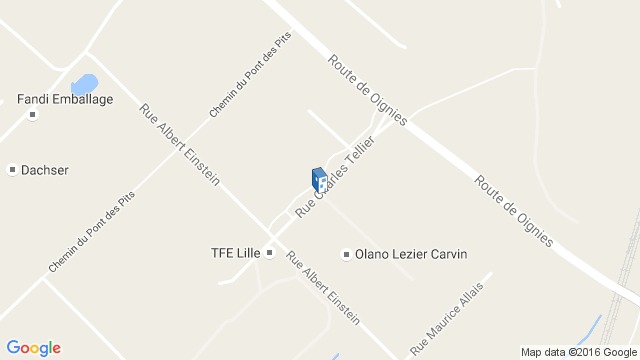 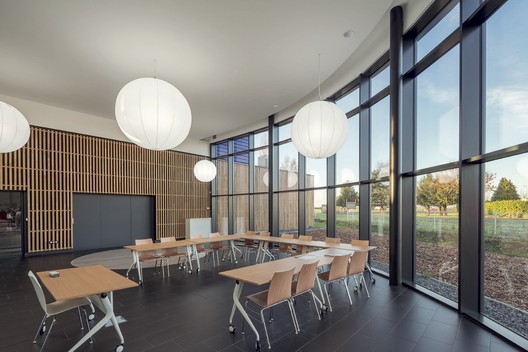