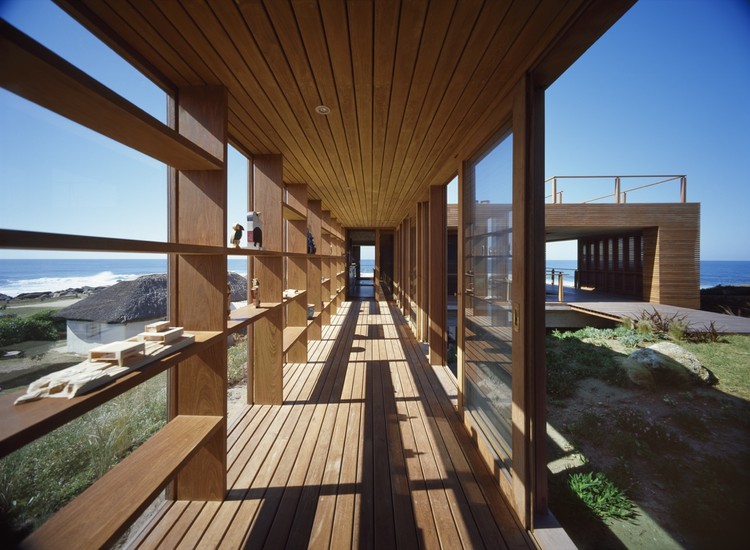 Text description provided by the architects. La Roca house is a refuge located in Jose Ignacio Point, a fishing village 80 km north of Punta del Este on the Atlantic.

The site presents a double slope along its length and width, terminating in rocks and the ruins of the foundation of a pre-existing building which now forms a natural garden of succulents.

The program considers a principal volume for social spaces, and another for the residences that results in two boxes of the same height which generate two patios in the voids that the boxes leave between and under themselves. The master bedroom is located in the residential volume with panoramic views of the surroundings.

La Roca House is defined through a sequence of spaces, almost square in plan, in which run entering from the most public to the most intimate, crossing terraces, patios, exterior, intermediate and interior spaces and arriving finally to the master bedroom.

In winter the gallery space captures heat, but in the summer, the master bedroom acts as a chimney for the convection of rising warm air creating ventilation that eliminates the need for air conditioning.

The roofs of the boxes are succulent gardens that work to improve the thermal quality while at the same time integrating the architecture with the landscape.

Gray water from the house is recycled for the irrigation of these gardens. The materiality consists of Ipe and exposed concrete with the idea that from the rocks emerges two volumes, lifted up on feet, integrated into the site as elements as radical as the landscape itself. 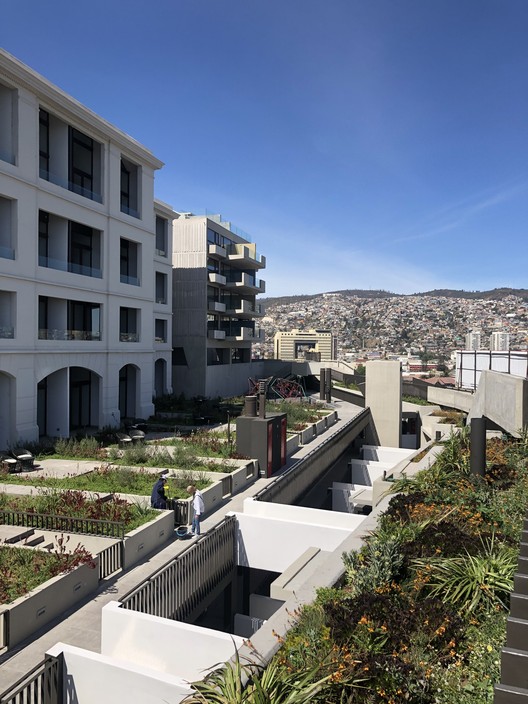 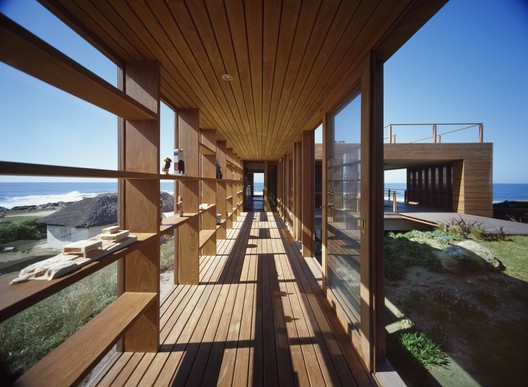