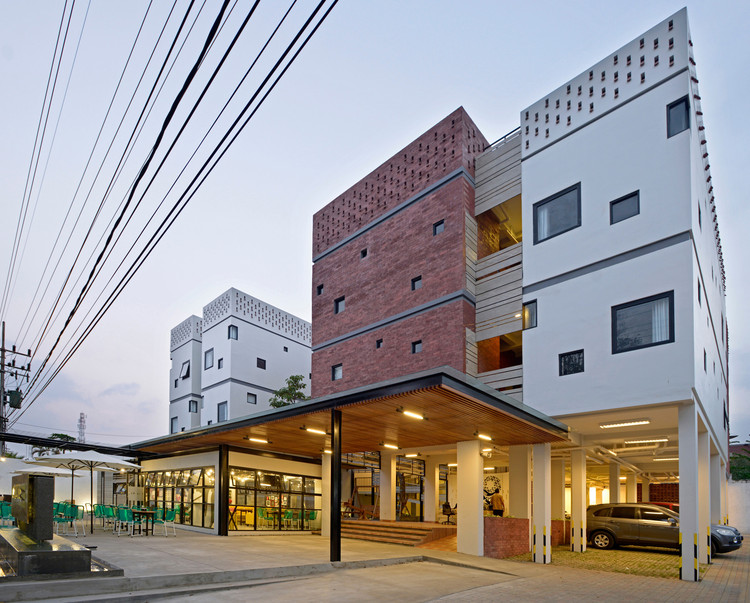 Text description provided by the architects. A small boutique hotel as a part of  urban pedestrian city ...Its started from a closed competition. The clients brief were simple, because of the site location is in the heart of the city, and near the batu cityhall (alun-alun batu), they wants to have a hotel that can be unique and can reflect of the location. They want a simple budget hotel but can easy remembered for the city...

Located at 700 to 1,700 metre above sea level, the temperature in Batu City of East Java range between 17 oC to 27 oC. Humidity that is approximately at 77-86%, coupled with wind velocity at 6.06 km/h have made the city experience a very little difference in terms of weather in dry and rainy season. Batu and the surrounding area became a perfect place for relaxing and tourism, supported by the soothing climate, mountainous topography, and natural beauty of the place.

This hotel was designed with site respect approach. The natural potentials were maximised through the application of passive cooling, especially in ground floor lobby and hotel rooms. Building masses are porous, employing window openings in different wall side to enable cross ventilation. (However, during operational time, recently the hotel management decided to add air conditioning unit in each room as an optional feature).

Instead of one big massive and bulky building block that sits in the middle of the site, this hotel building comes in several smaller masses, allowing them to look slimmer, creating different sequences and more spatial experiences as in a kampung, the indigenous settlement. The block of masses also draw on imaginations of temples, an intuitive experiment.

This idea is reinforced by utilizing ramps for vertical circulation as a replacement to stairs and elevators. Ramp is considerably accommodating to disabled, children, luggage trolley, and also will enrich the spatial experience of the guests.

The building sets back (16 m) away from the street, the front area contributes to urban space and blends in with the pedestrian way to perform the nodes of the pedestrian city. The open space is used as commercial area with wide walkways, sitting and outdoor dining area. This space is restricted for motor vehicle, but accessible for everyone in addition to hotel guests. This area also acts as transitional space and as buffer from the heavy traffic in front.

Unlike the common hotel typology where the rooms were lined in a train-like layout resulting in poor natural lighting and ventilation especially in the room’s toilet, this hotel applied a different strategy. It applies ‘coupled’ concept; each two rooms form a mass so that every room (especially the bathroom), benefits from the gap in between the masses, gets good daylight and outdoor fresh air. All corridors are open at the end, creating an airy feels and more breathing space.

There are no sophisticated technology.  They are all use conventional method.    All the material are locally produced.  Especially for all the brick finishing, they were built manurally on site. Start from mixing, colouring, printing, until drying.  A Homemade brick, using the surrounding local materials.

Colour schemes are inspired from nature; of woods, stones, exposed Portland cements, which establish a compound of building and the surrounding environment. All materials (bricks, sands, natural colourings) are locally sourced and manually produced. The colour-mixing process, moulding and drying were done within the project site. Minimising footprint with less energy, less transportation cost, and less pollution. Site respect. 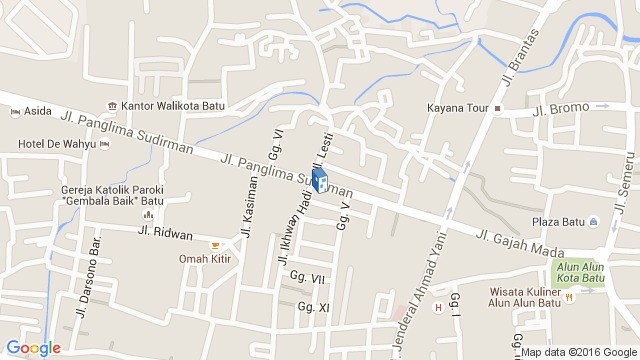