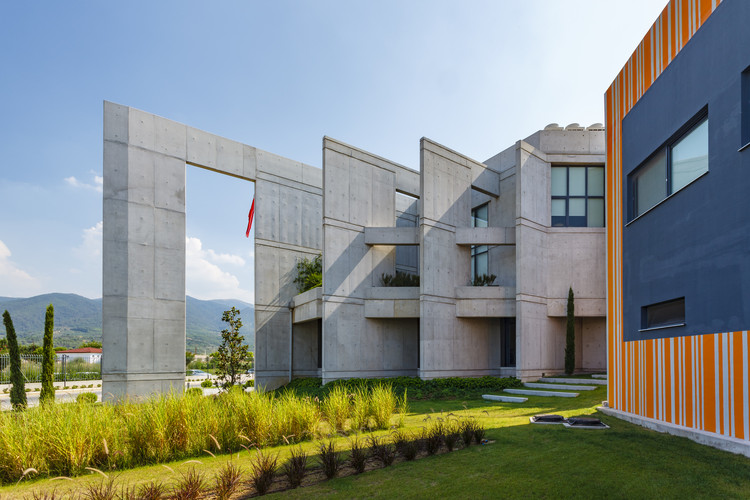 Text description provided by the architects. The project site is located in Kemalpasa district of the city Izmir, Turkey. Izmir is a city on the  Aegean coast, South-East of Turkey and Kemalpasa district is located on a valley reached from the main city through the highway. The project site is an organized industrial area of 72 acres of land surrounded by agricultural terrain except the Eastside that is parallel to one of the large streams of the area.

During the design process the main two determinants were the climate conditions and the different user’s programmatic needs. Therefore, the interior organization and the general form of the multifunctional administrative facility program is governed by these two.

The total complex is consisted of an integrated canned pickle factory production and storage site and a multifunctional administrative facility. On the site layout, the area bordering the South where the multifunctional administrative is designated. The complex is separated by a main axis where the supplies are brought-in creating two diverse circulation paths; vehicle and pedestrian.

The project site was enlarged and re-designed to involve the main entrance of the facility, the security building, the parking lot, the product acceptance area, and the multifunctional facility in order to maximize the functional efficiency between the two. The etudes regarding the working process of the complex's production site demonstrates high noise levels and visual disturbance. The circulation axis of the vehicles and the users were separated from each other; vehicles passing through the entry gate and circulating in front of the building entry to reach the unloading area, and the pedestrians are identified through the security booth before reaching the multifunctional administrative facility. The exterior landscape design serves guiding of both the pedestrian path and the vehicle path.

The administrative personnel level is directly linked with the factory building and the social facility while the entry level is designated for the general personnel. In regard of this agenda, the meeting rooms and other common spaces are programmed on the ground level. Through these design decisions, the building is designed one level below the underground in total as four levels. The project is designed as an introverted structure. This emphasized through the centralizing of the atrium which is both a dividing and connecting element of multiple programs which are common spaces including meeting rooms and conference hall on the basement, administrative offices and recreational areas on the first and second level, head offices, private meeting rooms and accommodation rooms on the third level.

The internal spaces are flexible; the diversely programmed rooms are separated with demountable partitions which allows for future growth and change in the program needs. All the program volumes link and open to the central atrium. Atrium space reaches until the ground level is used by multiple groups becoming both a socializing and relaxing space. It is also visible from all floors and isolates the staff from the industrial area. The vertical circulation, including the stairs and the elevator at the end of the atrium, is designed to have maximum transparency. During the use of the elevators, they are visible from all levels.

The climate conditions are significant due to the effects of the surrounding geography; mountains on the North, East and West.  The prevailing wind is in South-West direction, the temperatures are very moderate reaching high levels of heat frequently around the year with low percentage of rainfall, creating arid conditions.

There are two barriers formed on the North-South axis of the building. The first, concave concrete form of the entry facade welcomes all the users serving as a barrier protect the building and the terrace garden behind from excessive heat and sun light. The second linear wall barrier protects and controls the allowed sun light and heat to the atrium. The climate conditions also governs the solid and void relationship internally and externally; the East facade openings bridging out to the exterior landscape allows sun light inside the structure and the West impermeable facade cools and filters light streams creating shading. The skin is not only an element of enclosure but also the main structure of the building, constructed from casted concrete, it allows for the building to be durably maintained, age sustaining, endure seismic movements from earthquakes and creates an effortless esthetic appearance meeting the texture of the surrounding nature.

The automation system in the sun panels on the atrium top allows for natural light and air ventilation maximizing the efficiency of energy use.  During the construction phase, it is given big thought to prioritize to work with local manufacturers, builders, and workers to minimize the waste, maximize efficiency and construction duration.  The waste water produced from the factory facility and the rain water collected naturally using the slope of the land is recycled and re-used in irrigating the surrounding landscape. The use of vibrant colors on the facades serves as a reflector to control heat emission and sunlight stream.

The overall look of the multifunctional administrative building of Euro Gıda reflects the corporate robust identity of the company by warmly welcoming variety of users and clients unifying the user personnel through creating user friendly and sociable spaces, and finally carrying the external nature to the interior forming a unique design of an exceptional feel good working space. 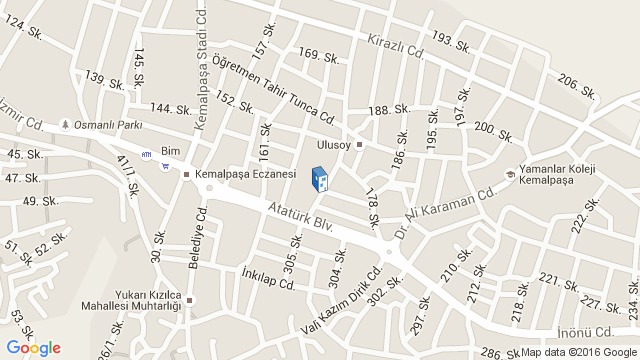 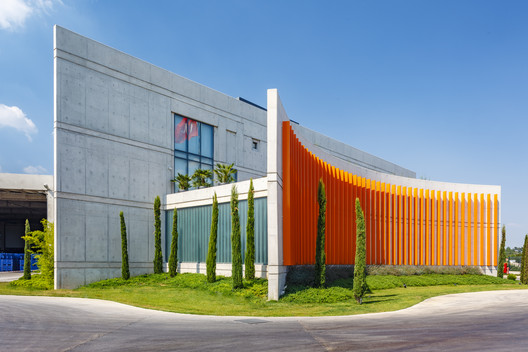 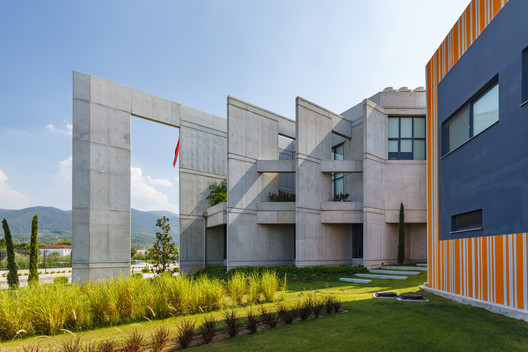