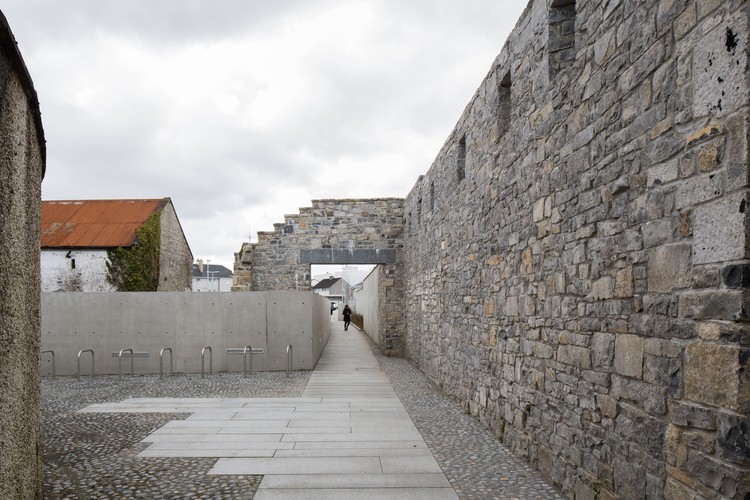 The design looks to work with the existing urban grain of the Town of Roscommon in order to create a coherent vision for the public realm.

The principle institutions of Roscommon Town, -Church and Court- historically somewhat dislocated from the town centre, are located in pocket of land that sits to the west of Market Square.

It is this quarter, once a precinct of the C19th criminal justice system with its court building and walled enclosure of the County Goal, that the new civic offices are located.

The Gaol was demolished in the Mid 20th Century, apart from some boundary walls, while the Courthouse was extended in the 1960’s with an unsympathetic concrete annex to provide accommodation for the county council. It was onto this context that the new civic offices was to be overlaid.

The project consists of some 6600m2 of office accommodation, laboratories, canteen and Council Chamber for the Council within a single building together with a series of discrete interventions within the greater context of the town so as to form a coherent urban proposal.

The building proper is composed of interlocking volumes constructed amid the traces of the C19th Gaol to create a variety of external spaces – a series of woodland gardens, a forecourt and a covered ‘walk’  sheltered by the cantilevered structure of the offices above.

A linear concourse provides the principle public space and primary horizontal circulation for the project linking the office ‘fingers’ with the Council Chamber suite.

From this space, visitors can enjoy views into adjacent wild gardens while transacting their business. A series of dramatic light shafts cut through the concrete structure and lined with fritted glass provide further daylight and glimpses to the offices above.

The council chamber, an independent suite with its own entrance located at the head of the scheme, is designed as a grand public room for council functions and civic gatherings. A corner window affords panoramic views of the county with its rolling landscape beyond – an appropriate backdrop for civic exchange.

As part of a coherent urban proposal, the project proposes the re-instatement of the original form of the Richard Morrison-designed C19th Courthouse, by removing a 1960’s annex and restoring the southwestern façade which now addresses the new civic offices.

The creation of a new town car park as part of the greater project afforded us the opportunity to create a new pedestrian route through backlands so as to link the town centre to the new civic offices. Stone boundary walls were restored, pebble paving with granite sets were laid down to delineate a route, and a concrete pavilion constructed to create a gateway from the car park to the civic precinct of Court and Civic Offices.

The stone wall of the Gaol that was restored and integrated into the principle elevation of the offices established the materiality of the project.

Robust fair-faced concrete walls wrap and fold to support upper floors of white render complimented by Carrara marble which in turn provides an honorific expression to the building. Window ‘boxes’ of oak and LVL form linear strips with deep reveals that modulate daylight to offices.

This palate extends to the interior where floors are of polished concrete and white marble, walls are of fair-faced concrete and fritted glass and joinery is of White Maple.

The project uses simple technologies and strategies to achieve an A3 energy rating and a BREEAM Excellent certification.

A Biomass boiler and photovoltaic cells together with high levels of insulation further support the project’s environmental ambitions. 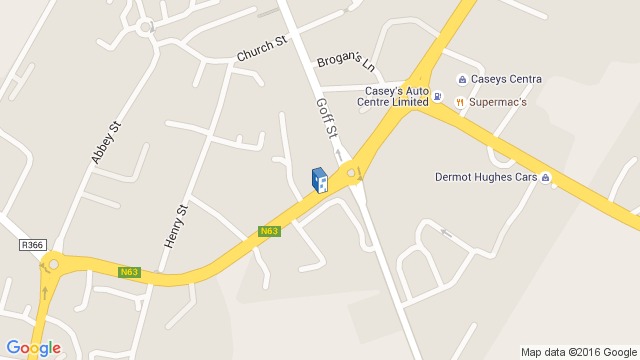 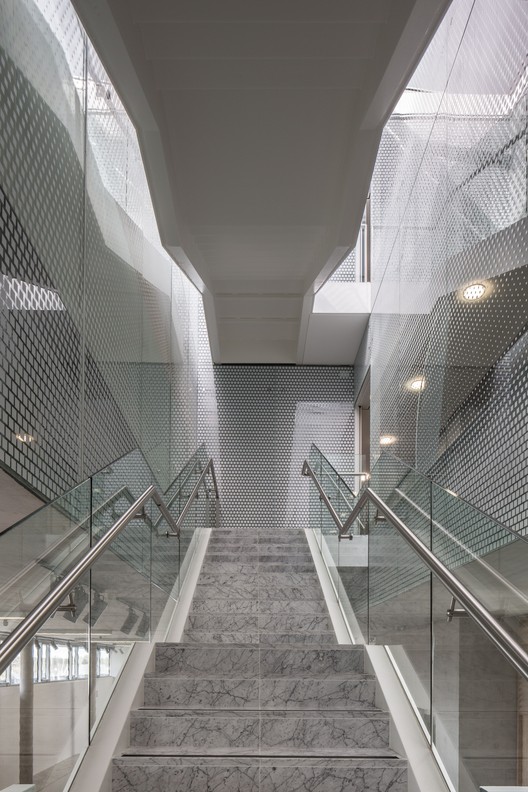