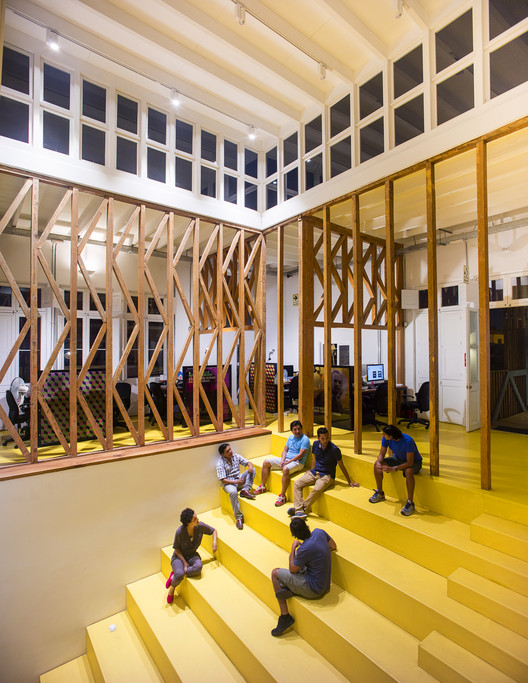 Text description provided by the architects. We start from the understanding that a building of monumental value has several layers of history, the result of multiple renovations over the years and that our intervention is another layer in that density.

Apesteguia House was originally a single floor ranch made of adobe to which was added a second floor of quincha as a playground, which was then transformed into a two-family dwelling. In 1986 the architect Juvenal Baracco transformed the house into 8 duplex apartments with mezzanines. The apartments were organized as a gear around a vertical circulation axis located in the central bay, consolidating a triple height that connects all levels of the house.

The project was then converted into a hotel that was semi abandoned until it was purchased by the advertising agency DDB Fahrenheit for their offices. While the house was well kept and had been remodelled with an intelligent and important project at the time, the new use forced us to think it in a totally different way. The biggest challenge was to understand that the subdivision of the house in 8 apartments made it impossible for the smooth functioning of the dynamics of work and that it was necessary to reorganize the space into a single unit. The mezzanines and wooden stairs were removed revealing the original height of the spaces and the thatch walls were unclad, preserving the wood studs to achieve a more fluid spatiality on the second level.

We decided to reuse the vertical axis created by Juvenal Baracco as a void that organizes the space and proposed a metal structure staircase that connects the first and second floors. In the remodeling of 1986 all private circulations of the apartments were separated as autonomous volumes in a triple height void. It was a Piranesian space understood from the rest, the interstice, what remains between the separated objects. We considered that with the change of use and the need for a single spatial structure, this triple height void could be considered no longer as 8 introverted circulations, but as 1 single gesture / extroverted circulation. A grandstand literally occupies the void and makes it habitable.

For White Night 2013 and in collaboration with the artist Nani Cardenas, we worked on an installation in the house entitled Irrigation Systems. The piece, between irony and denunciation, refers to the situation of historic monuments and real estate pressure. 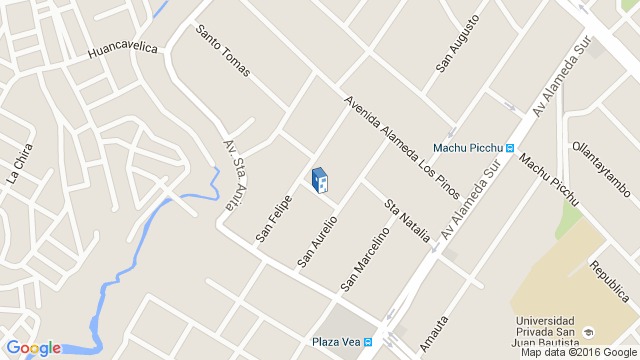