The city council of the Flemish city of Aalst have awarded KAAN Architecten with the commission for a new library and home of the Academy of Performing Arts. The building will also integrate the existing “Pupillenschool” (formerly a military school for children) to anchor the new tenant into the Belgian town’s rich history. The complex will be located at the corner of Oude Graanmarkt and Espalnadestraat, becoming a new cornerstone project where the many communities of Aalst can gather, learn and engage in cultural activities. 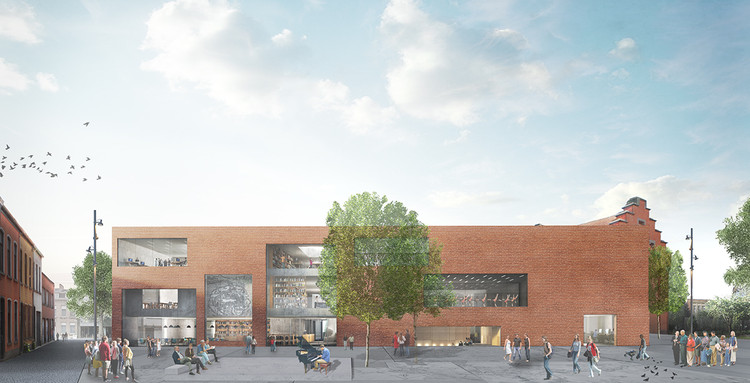 The design of KAAN’s functional addition starts with the building’s load-bearing shell – thick walls that allow for large open spaces on the interior and complement the Pupillenschool’s historic brick facade. Small group spaces and private reading rooms cluster around the central atrium, which houses bookshelves and spacious reading areas. The building takes direction from recent trends in library design, serving as an open and accessible place for people to work in its primary function, while also being a home for books.

The addition’s relationship to the old school was inspired by the irregular street grid of the historic center of Aalst. At certain points in the downtown, streets converge erratically, creating small public squares that hold street cafés and meeting places. Likewise, the library intersects with the existing building to create two small plazas, one serving as the entrance area for the complex and the other as a terrace housing a reading café.

On the other side of the building, the Academy for Performing Arts will contain classrooms and a theater for music, dance, drama and singing. The building will be balanced between areas of movement and noise, and silence and reflection, which KAAN believes will create a greater sense of community to the complex.

Throughout the addition, windows and skylights have been designed to provide optimal light to reading areas and to radiate light out at night, corresponding to a greater illumination plan devised for the whole of the city center. Windows will also provide curated views of the city and to important historic prints affixed to the walls. The interior surfaces will be dominated by wood cladding, increasing the the warmth and intimacy of the open spaces and contrasting with the cool grey floors and ceiling panels.

The building is scheduled to be completed in 2018. 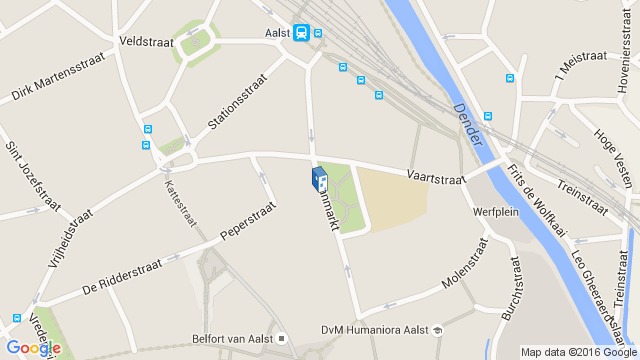