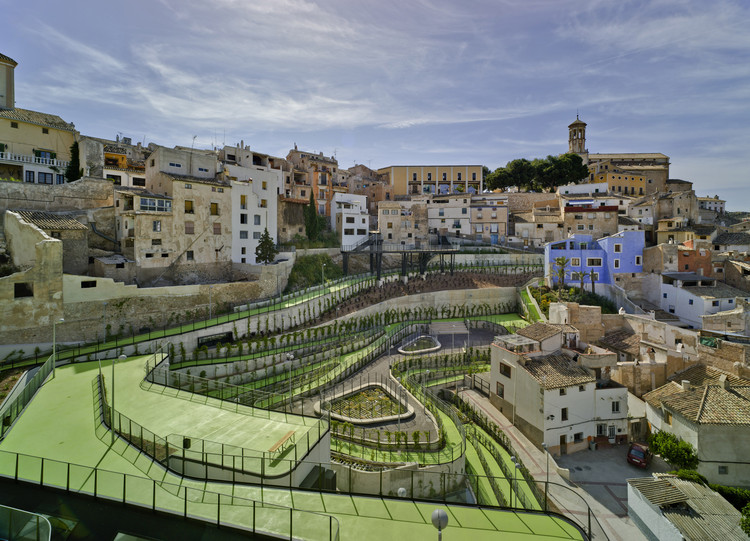 Text description provided by the architects. Known as “El Coso”, the place was a great void at the back of the old part Cehegín (Murcia, Spain). After a big snow storm in the 1950s, many of the houses of this neighborhood collapsed or were damaged, leaving that big, sloped empty space. Besides this, the old part of Cehegín seemed to lack inhabitable gardens. The city needs to breathe through them.

We collect the rain water and the waste water from the sewing network in the high part of the site. The water goes along a pond network with riparian plants with the purpose of producing clean water. The result is used to irrigate the rest of the plants in the garden.

We  located the "desire paths", made by the footsteps of the neighbours, the ones who tried to walk through to the other side. By tracing the paths based on those tracks on the ground, the streets on the borders were connected by using comfortable slopes, making the paths accessible for all the neighbours. Green colour floods the hard floors and tints the facades of the adjacent buildings.

The contractor and the municipal officials were able to contract local workers for developing many of the tasks. Even several of them were former inhabitants of the dwellings that collapsed in that neighborhood.

We hid a building in a pocket of the walk path. The building gives its roof to the park's paths network and hosts a business incubator. This way, the park will be able to produce new jobs and recycled water, two important and scarce resources, given the current situation of the town and the Region.

The result is a garden that produces water, where flora attracts fauna. 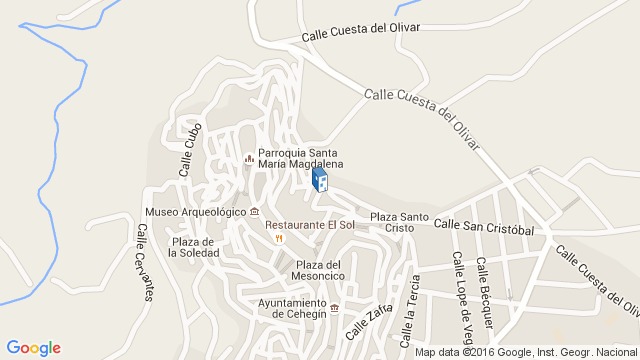 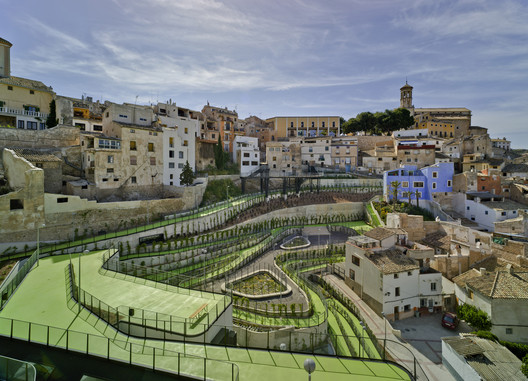