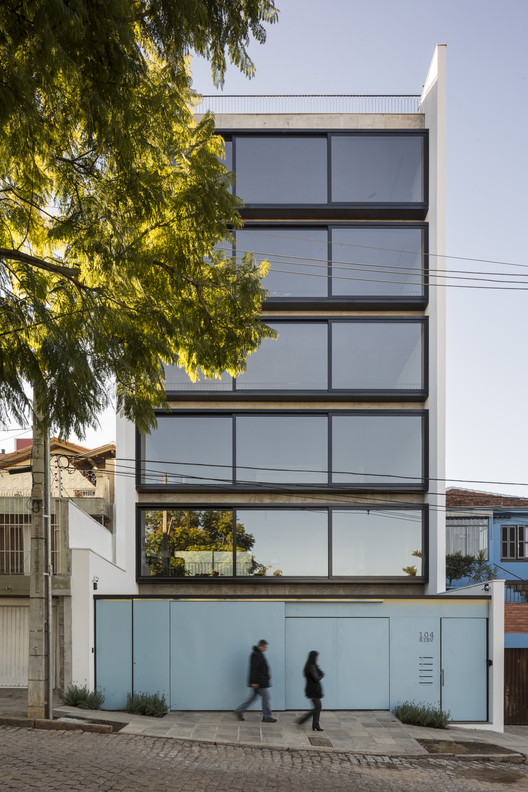 Text description provided by the architects. The Kiev building history started when the couple Eduardo and Elen - architects from Arquitetura National - decided to live near their families. They wanted to raise a child who could live surrounded by the grandparents, the same way they had grown up.

The building is set in a traditional district of the city of Porto Alegre which is facing an intense urbanization phase. Since it is closely located to major equipment, it provides the residents with the best alternatives for entertainment, shopping and cultural life, not to mention the excellent quality of life that the surrounding parks add to the neighborhood.

The project provides excellent privacy: each unit occupies an entire floor, in a total of five apartments - each with 136,70m². The common areas are very optimized, freeing up space for the privacy of each resident.

With the strategic location of wet areas - on both ends of the plan - there's a great flexibility in the intimate area of the apartment. In a more traditional situation there is enough space for two bedrooms and a large suite. In a slightly different version, it can have a large suite with a dressing room connected to an office, for example.

The chosen slab for the project was the flat, freeing the apartments from any interference beams - present only in the core circulation of the building, where they are not visible. The ceiling height is 2.8m in the social area, hallways and suite with exposed bare concrete slab. Only a few points of light fixtures were left purposely so that the ceiling was kept as clean as possible, thus valuing the indirect illumination.

One of the highlights of the building are the main frames, which occupy the entire length of the façade facing the street. Each glass sheet has 3,2x2,4m and when open, the living room window has a span of 6.4m. To further enhance the feeling of spaciousness, the frames were fixed on the front of the beam - in this way, when open, not even the window tracks hide the great view. 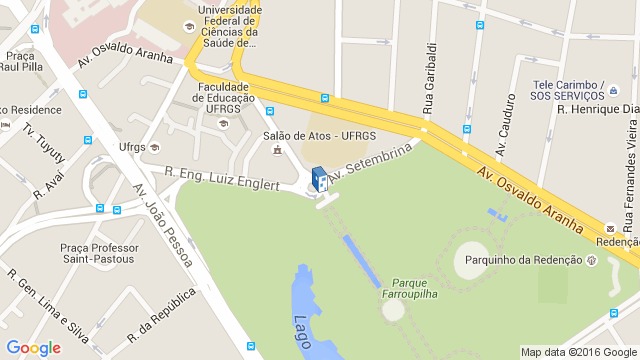