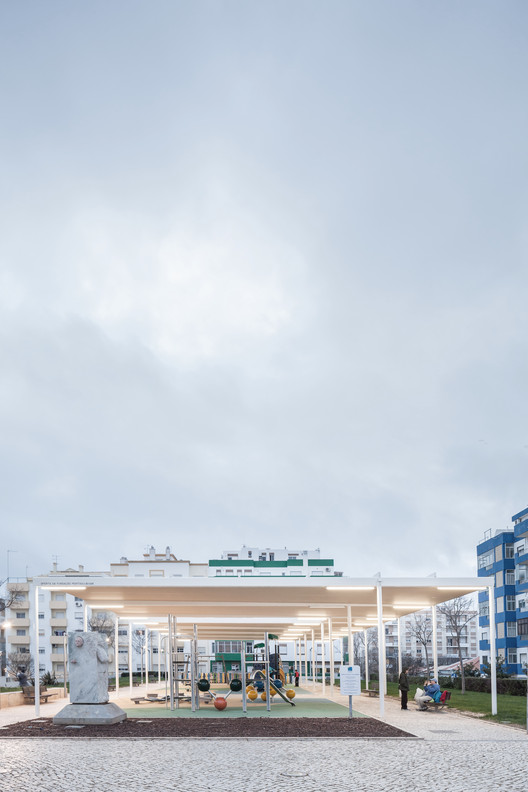 Text description provided by the architects. From the existing plot, there was a sunny playground with two paved grounds and several playground equipments. The project had the main goal of qualifying the playground, by offering a significant area of shade, so essential to the permanence of both children and parents in the park during summer months.

The shading structure is developed in the longitudinal direction of the square and is composed by 8 gantries, in which between it is fixed a micro-perforated screen. The colors used, white and terracotta, are the predominant colors of the landmark buildings of the surrounding. 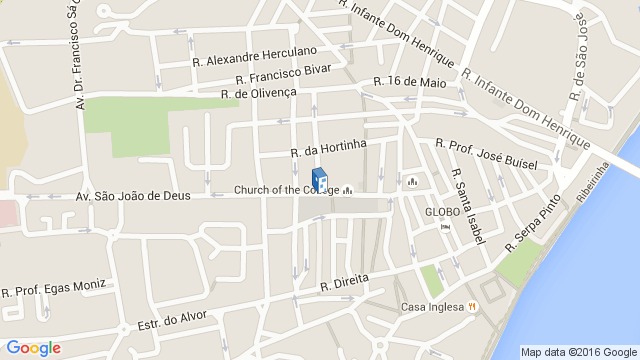