Save
Laman Residence / A Gruppo Architects 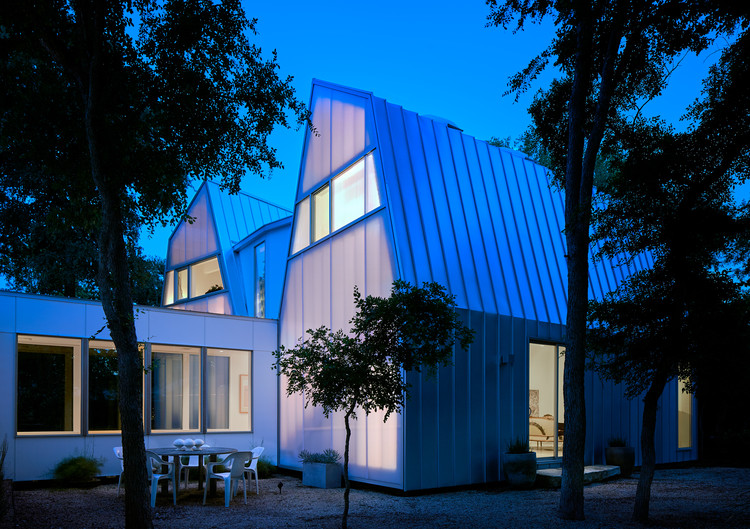 The Lamans expertly sited the house amongst a dense canopy of live oak and cedar elm trees on a 1 acre, hill country lot in San Marcos, Texas. Over the past 30 years, they have carved out a series of outdoor rooms, a secret garden and sculpture courts around their home leaving only one logical area for an addition - the front yard. While in most situations an addition would supplement the operation of an existing structure, this situation presented an opportunity for the addition to supplant the home - completely transforming it’s identity and creating a new entry.

The program called for an exhibition gallery, a painting studio, a library and a new master suite. Taking queues from the parti of the existing home’s massing, the addition is comprised of paired towers (gallery and studio) flanking a foyer and upper level library. The addition is located in a bowl-like depression at the head of a dry creek bed and so must be accessed via a series of bridges which allowing natural water runoff to flow around and between the existing and new structures.

The atmosphere in the towers is animated through two distinct lighting strategies. Ambient light is filtered by the North facing translucent walls while carefully placed skylights project pools of light through a series of ceiling baffles throughout the day. Depending upon the location of the sun, the color temperature of the natural light provides a diverse reading to the Lamans’ art.

The library is defined by shelves which cantilever into the voluminous modified-gambrel roof forms of the towers - linking the spaces through section. Perched atop the entry, views to the surrounding canopy of trees create an intimate gathering space for conversation and contemplation for the Lamans and their guests.

The Lamans' appreciation for outdoor living is realized with the addition of a new sculpture garden and bocce court off of the gallery, ideal for large showings or family gatherings. While in a more intimate setting, the master bedroom and bathroom open directly into a private Zen garden.

The master suite was reconfigured through a sensitive addition of a bathing and dressing room while shifting the existing bedroom out, forming a linear gallery hall which bisects the existing house and new addition. Movement along this corridor not only makes the user aware of old and new but has framed views to the new outdoor rooms as well. 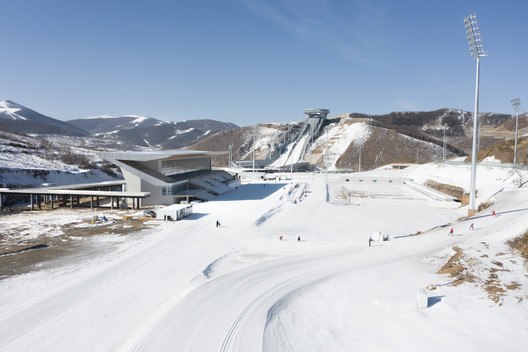 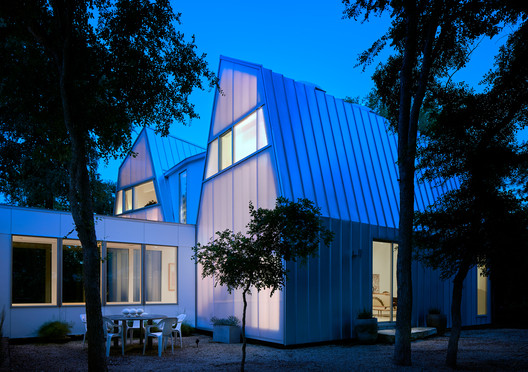