Along with eight other contemporary artists, Mexican artist Gabriel Dawe is exhibiting his installation called 'Plexus A1' within the WONDER display at the Renwick Gallery until July 10. WONDER is an exhibition showing nine very different projects within Renwick Gallery, all of which use large-scale and/or unexpected materials. Dawe uses around 100 kilometers of cotton thread to create a colorful installation that is similar to the light spectrum.

The installation is "basically the superposition of two architectural structures made from the main material in clothes," says Gabriel Dawe on the Smithsonian American Art Museum (SAAM) Youtube channel. "I started working with textiles as a way to challenge the notions of gender identity. I grew up in Mexico City where there is a strong notion of the "macho" culture which forbade me to investigate textiles as a child. Now as an adult, I decided to challenge this continuous culture."

To mount the thread, Dawe placed four main supports (two on the floor and two on the ceiling) with several hooks each. He then designed a special tool made out of a large stick that acts like a giant needle, weaving the thread from the floor to the ceiling without a problem and as often as necessary. There are thousands of connections between the hooks on the floor and the ceiling, each thread measuring around 100 kilometres. Seen close together the threads appear to be "frozen rays of light." 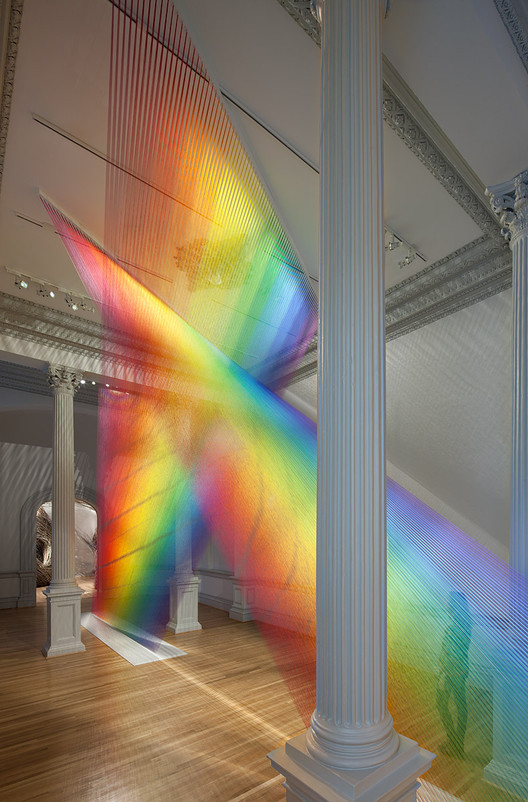