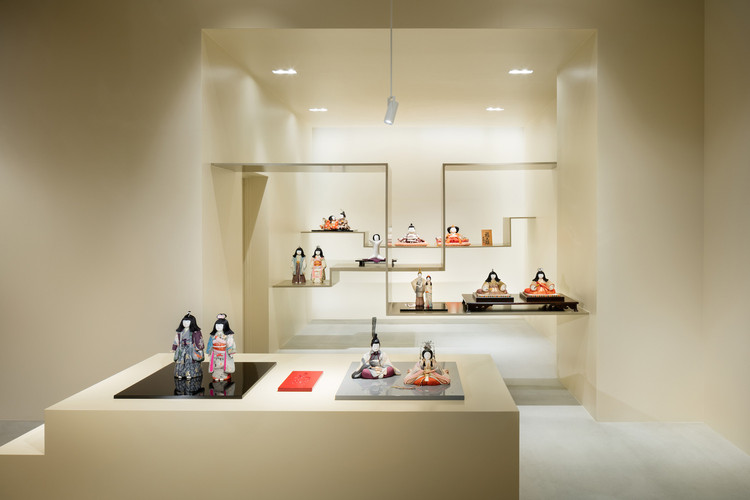 Text description provided by the architects. Beishu Gallery is located in Taito area of Tokyo, where traditional craftsmanship still remains vibrant on every corner of the streets.

Beishu is an esteemed high-brand of traditional hina dolls (girls’ court dolls from the classical era). The reputation of the brand was established by late Hara Beishu, dollmaker, who eventually received the first and the only national cultural property title in the industry.

The goal of the project was to design a multi-functional space to serve as entrance, gallery and showroom on the ground level of 40-year-old Beishu Building.

Two different zones reside in the space. One in the front is the entrance and gallery which boasts a 3.8m-high ceiling. Furniture is made easily movable in order to assure flexibility. Pendant lights illuminate the dolls from close and generate impressive shadows.

Beyond the gallery, steel shelves float in overlaying rows in the iconic showroom zone. Each set of dolls hover in its own small world, like in emaki-mono (picture scrolls) where each scene is depicted between the golden clouds. Every plane of the shelf drifts like a trailing cloud and acts as a stage to embrace individual story of the dolls.

In order to give a weightless feel and at the same time to control flexure, thickness is independently adjusted by computation. Far-back wall glows from a relatively intense indirect light, which render the space in a bright cloud with gentle nuances in shadows. Straight steel shelves and amiable faces of dolls live in a dream-like harmony.

As a whole, two zones are seamlessly associated by floating tiny scenes. Contrast in shadows generated by the different types of lights adds to the depth. Soft sunrays filter through the dot gradient on the façade, a reinterpretation of traditional cloud pattern, and enfold the whole space. 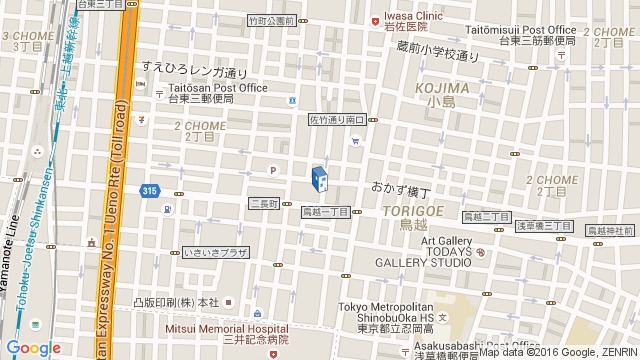 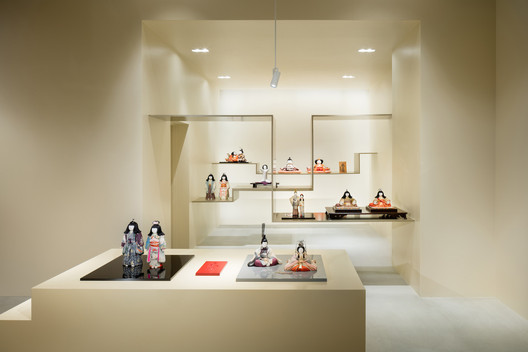