The Council on Tall Building and Urban Habitat have announced the winners of the 15th edition of the CTBUH Tall Building Awards. From over 100 submissions, the best buildings from four regions – the Americas, Asia & Australasia, Europe and Middle East & Africa – were selected, along with recipients of the Urban Habitat Award, the Innovation Award, the Performance Award and the 10 Year Award. The CTBUH will pick a global winner from the regional selections later this year.

The towers were chosen by a panel of architects from world-renowned firms and were judged on every aspect of performance, looking in particular for “those that have the greatest positive impact on the individuals who use these buildings and the cities they inhabit.”

“Shanghai Tower shows the greatest commitment to communal space in a tall building since Commerzbank Tower completed in 1997. It contains the world’s first truly ‘inhabitable’ double-skin façade on a skyscraper, which is not only remarkable for its intended greenery, but its incorporation into the tower’s overall ventilation strategy. The sacrifice of valuable floor area to realize this social amenity proves that the aspirations for Shanghai Tower went far beyond mere commercial gain.” - Juror Antony Wood, Executive Director, CTBUH

“The White Walls is a truly groundbreaking exercise in materiality, serving as a successful expression of the architectural and environmental values of the Mediterranean across the vertical axis. Extensive vegetation on the north façade and the presence of loggias on the south façade create a very real connection with nature, while the tower’s punctured concrete walls quite literally ‘bleed green’ with tangles of local plant species.” - Juror Karl Fender, Director, Fender Katsalidis Architects

“The Cube indicates a clear alternative to the extruded box typology that defines the majority of residential high-rises around the world, instead comprising a stack of completely unique villas in the sky. The tower is particularly successful in its structural design, which features a system of elegantly framed girder walls that add visual flair and allow for completely unobstructed floor plans.” - Juror Hashimah Hashim, Executive Director, KLCC Property Holdings Berhad

“The Wuhan Tiandi Mixed-Use Development demonstrates that a master plan for a tall building neighborhood can include vibrant public spaces that offer a high level of intimacy, walkability, and social design. The disposition of tall buildings combined with an animated public realm creates a vibrancy that is rarely found in newly created communities. The Wuhan Tiandi complex offers a high quality of life for those that live, work, and visit – a quality of life that rivals long established tall building neighborhoods found elsewhere in the world.” - Juror James Parakh, Urban Design Manager, City Planning Department of Toronto

“Walking along the base of Hearst Tower, you might not even realize that you are right next to one of New York’s greatest architectural achievements of the 2000s. Built directly on top of a 1920s office relic, the tower made the world reexamine what’s possible in terms of preserving historic low-rise buildings in a dense downtown core. There’s also something cathartic about the juxtaposition between its classically reserved base and contemporary diagrid structure above.” - CTBUH Trustee Timothy Johnson, Design Partner, NBBJ

“It is rare to see a commitment to upgrade an existing building to this level of environmental performance. The extensive documentation of its energy upgrades and sustainability initiatives speaks for itself; TAIPEI 101 has been the subject of a tireless and exhaustive effort to become one of the most sustainable tall buildings in the world, and it has been successful in this mission. In addition to a comprehensive set of green technologies and systems installed throughout the building, a rigorous occupant engagement program really puts this project in a league of its own.” - Technical Juror Bill Browning, Co-Founder, Terrapin Bright Green

“The Pin-Fuse system opens the door to realizing increased resilience in buildings constructed in highly active seismic regions. By providing just the right amount of give under pre-determined axial loads, the system is innovative for its tested impact on repair frequency, costs, and structural longevity for buildings that have experienced an earthquake.” - Technical Jury Chair SawTeen See, Managing Partner, Leslie E. Robertson Associates

For more information on the 2016 CTBUH Awards, visit their website here. 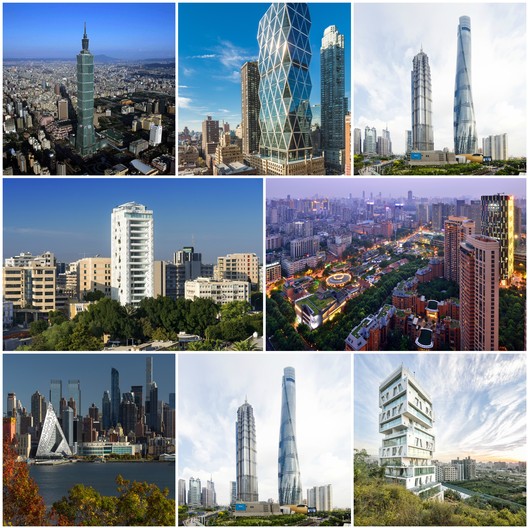