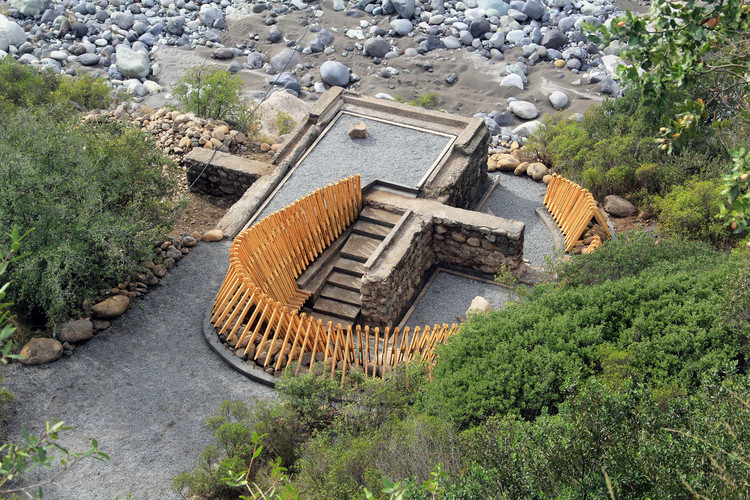 “El Litre Memorial” It’s a work that takes place in the certification process of the Architecture school of Talca's University. Located north of Maule Region, in “Los Queñes” rural town, this work focuses in one of the principal relations that contributed with the identity of the place along its history: the bridge acts as a connecting thread and public infrastructure that allows access to the village, and at the same time the river, as unit of landscape that allows different activities, mainly as a river resort.

The work is emplaced in the remains of what it was the first entry bridge, which gave beginning to this relation between bridge and river, also being the place in which the first river resort would be established for visitors and inhabitants of the rural town. Due to this, the intervention is proposed as the rescue of these ruins that, besides evoking the mentioned past, alows to rebuild the collective memory, valuing the structural basis, bringing to light an abandoned vial piece.

In this exercise of cultural heritage recovery,the intention is to intervene this ruin of an already finished story, to give it a new life in its renewed functionality, returning it to its original source as public space.

Under the recovery of this piece, to inhabit operates as a repair process, emerging as the main project actions the extraction and cleaning of the elements, first to bring down and inhabit the heart of the ruin and then to reveal and bring up the occult, placing these ruins as a raw material in its present condition, and not as some marginal monument of the past.

In a bid to preserve and protect the place, the contrast appears as a central axis of this proposal to differentiate on matter, gesture and height of the original dwelling, respecting the glory and strength of the monument as stirrups of an extinct bridge in time. The workraises the conservation of this place by limits that do not affect the old, leaving the staircase as the main integrator element of both languages and as a trigger for new routes.

Finally, to emphasize the action of extract, the edge protection mechanism is created on the perimeter of the gesture. By installing 104 wooden pillars, a system that holds the soil groundstructure is established. Also, it protects and limits a space of silence around the monument. This new edge, guides and accompanies the road around the ruin and serves as a break before descending to the river. 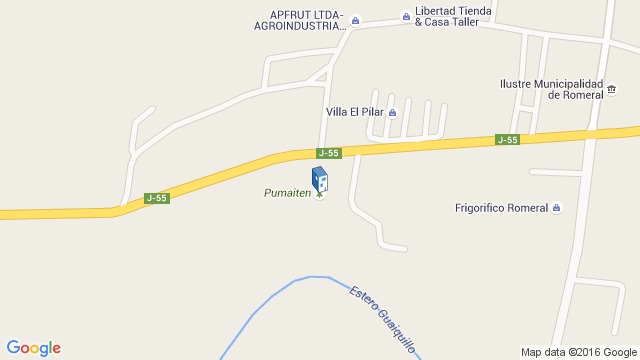 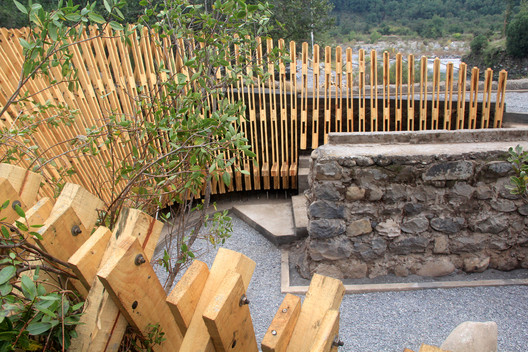