Save
House in Tagsdorf / DeA architectes 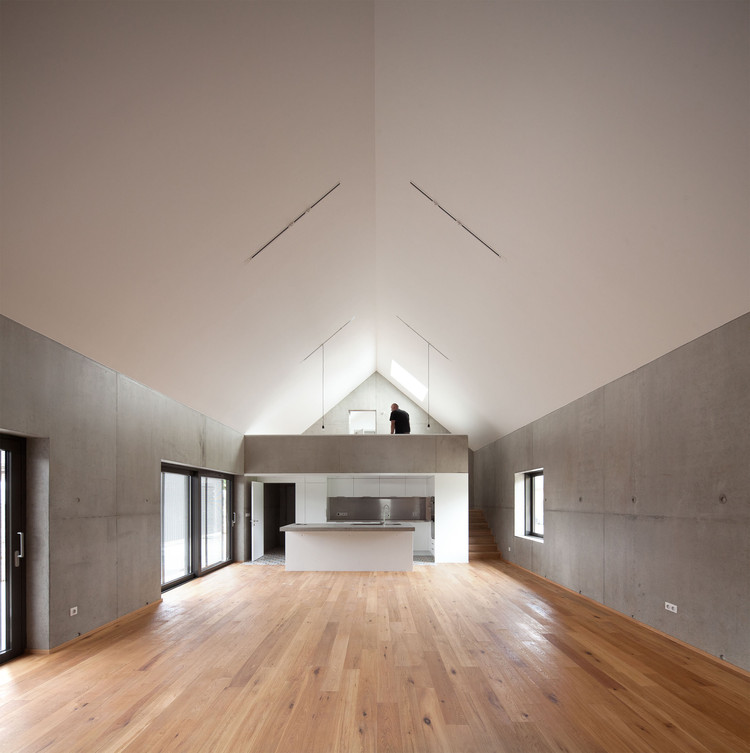 Text description provided by the architects. The L house will be located in the centre of a southern Alsatian village. It is composed of a main building and two adjoining constructions, organised according to the pattern of a traditional farm. A simple and widely opened garden occupies the middle of the compound. We have attempted to unify the appearance of the whole building by using in a similar colour for its roof and its walls. Its grey tone is a reminiscence of the wood patina, typical of the old barns of this region.

The apparent coherence of the construction is however constituted of different materials and surfaces.

The roof is covered with metallic corrugated panels; the surrounding walls are made of concrete structure covered with an exterior insulation and a dark-grey coating. Comparable to the doors of traditional farms, all the shutters of the house are made of sliding perforated metallic panels, which play with the interior and exterior light. 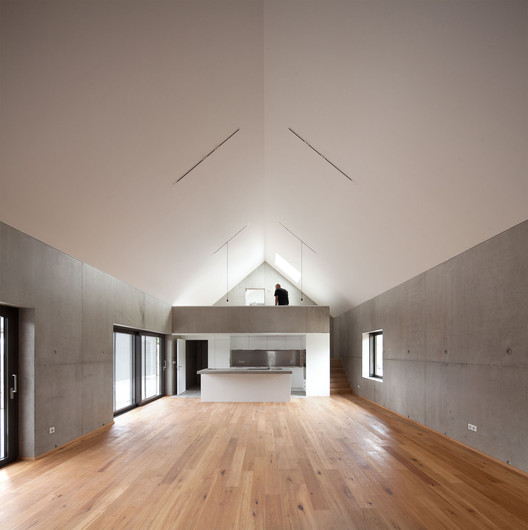