✕
Save
Alterations and Renovations to the Port Elizabeth Opera House / The Matrix... Urban Designers and Architects 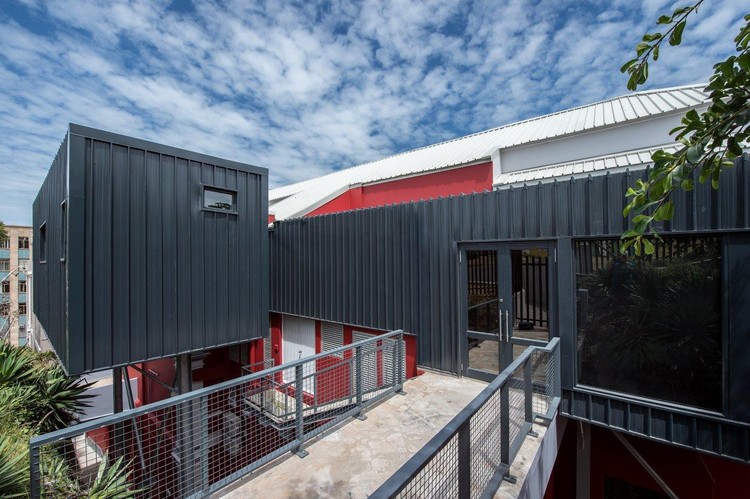 Text description provided by the architects. The Port Elizabeth Opera House was originally designed by local architect George William Smith and opened its doors on 1 December 1892. Four additions followed - the first in 1911, followed by extensions in 1927, 1934 and 1985. The current Opera House is thus made up of five distinct parts which throughout the years have merged into a single building of a distinct neo-classical style. At present the Opera House is the oldest theatre in Africa and also the oldest operating theatre in the Southern hemisphere.

In 2011 the Port Elizabeth Opera House Board decided to rationalise circulation in the Opera House, renovate the building internally, and to extend the cabaret theatre and improve its access. In order to achieve this, the following formed part of the Project scope:

• Extensions to ‘The Barn’

• Replacement of Carpets and Wallpapers

The Matrix... Urban Designers and Architects were appointed in September 2011 to facilitate the Project and conceptualise the Design brief and it implementation.

Following extensive consultation with local heritage practitioners and public stake holders through the preparation of a comprehensive Heritage Impact Assessment, the design approach taken was based on three main principles:

In line with contemporary heritage practices to avoid re-creating a false impression the ‘new’ extensions are intentionally contrasted with the ‘old’ through form, materials, tectonics as well as spatial character. The vertical and horizontal proportions of the ‘old’ building is re-interpreted in an elegant stainless steel screen. The new Foyer Extension is also spatially extraverted in nature further contrasting the largely introverted old building. Floor levels are intentionally ‘misaligned’ further articulating the threshold between the different spaces through a ‘transparent’ glass bridge. It was further decided to acknowledge the history of the building throughout the years by creative use of colour and painting the various additions throughout the years in different hues from the same palette. The colours vary from light (oldest) to dark (newest) thus depicting a visual timeline of the Opera House throughout the decades.

• Background Building: The Foyer Extension is distinctly contemporary, however, far less articulated compared to the old building thus achieving a background aesthetic instead of competing with the richly decorated ‘old’ building. The extension further recedes ‘behind’ the old Opera House while the height is kept lower than the existing. A clear glass ‘break’ is deliberately established separating the ‘old’ from the ‘new’ both spatially and visually

• ‘Green’ Principles: The new Foyer Extension is naturally ventilated though means of a stack effect. Cool air is drawn into the building at lower levels through ducts and a stack effect is used to circulate hot air out at the top through a system of motorised louvers. 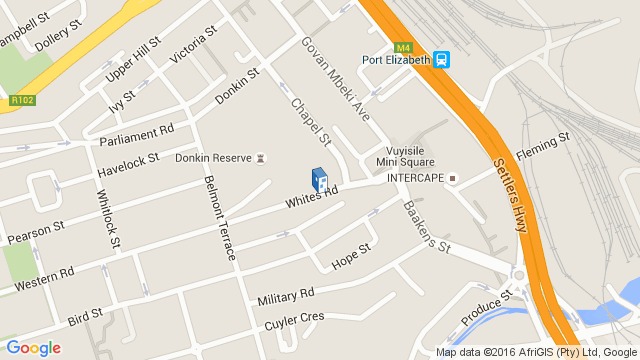 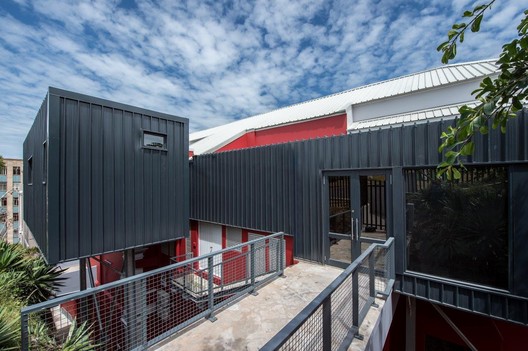