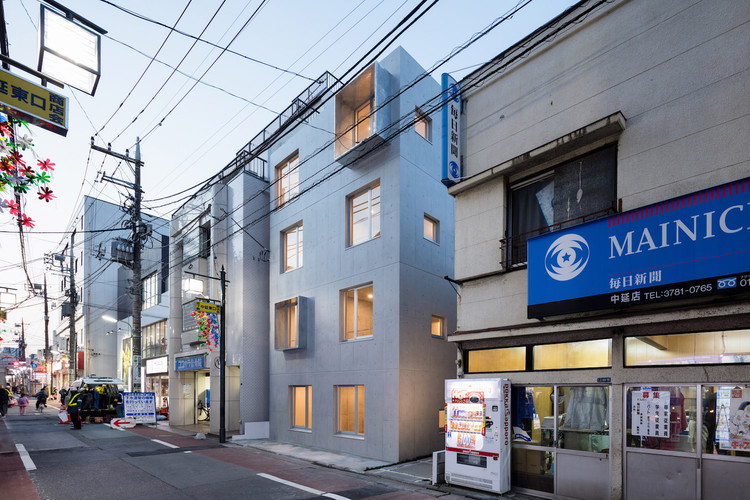 Text description provided by the architects. The building sits in a neighbourhood shopping lane in Nakanobu, just south to the central district of Tokyo. The town is a mixture of old and new. A grandma’s confectionary and a jazz festival, pensioners among young couples, all share the same streets happily together. The site locates itself in the vicinity of a newsstand, a bathhouse and alike. In order to fit in to this yet humble liveliness of the town, the building’s scale is restrained to those of the neighbouring buildings, 4 stories with only 12 units.

The skewed arrangement of the openings on the façade, concentrated at the bottom and spread gradually up, is to give a floating feel and to reduce massive weightiness of the concrete. A pathway secures an appropriate distance from merely 6m-wide busy lane on the front, giving privacy to the secluded entrance.

Interior is composed solely of exposed concrete and plain white walls in simplest possible details. Planning as well as design aims thorough simplicity: a set of modest independent walls replaces a closet; one tap serves cooking and handwashing. These propose minimal form of a collective dwelling, life unreliant on products, richness of not having. Minimalism here is in direct connection with the way of living.

The few elements left, on the other hand, are designed to stimulate new ideas for habitation. The storage walls, without limitation in usage, can be a perfect fit for a cosy den. The large concrete kitchen counter, a desk. Simplicity when resolute, gives out a new flexibility.

Every single opening is square-shaped. Square is the purest, most primitive form of an opening when thinking outside modernist-style conventions such as verticality or horizontality. Every space inside and outside is rhythmically connected to each other through or across these square, pure openings.

Windows in particular are planned to mediate or control interpenetration between <inside - simple, minimal> and <outside – lively bustle>. A colourful vigour of the shopping lane, trimmed with square openings and arranged on the interior wall, turns into a muffled, controlled scene. Shaped view of the city becomes the only ornamental element inside.

Galvanized steel window frames cast varying shadows to add a non-uniform expression on the facade, emerging as distinctive icons in the cityscape. These reflect outside activity back into the room, again adding variety to the view to the city. 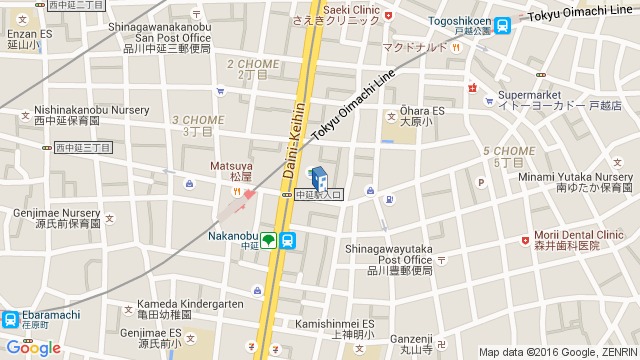 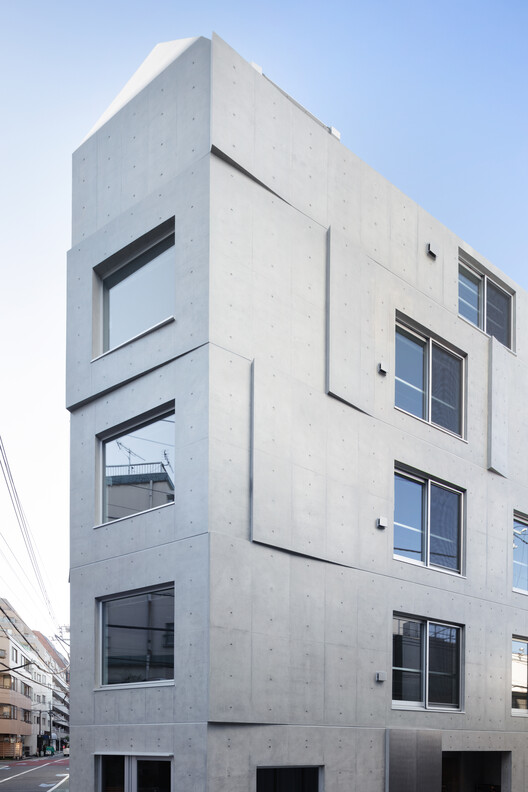 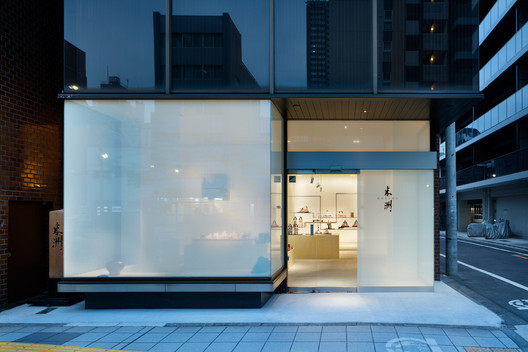 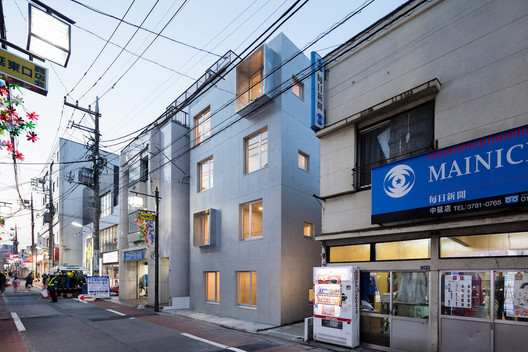