In an effort to create affordable housing in Maputo, Mozambique, Casas Melhoradas is an applied research project aimed at eliminating city slums. Organized by the Institute of Architecture, Urbanism & Landscape, at the Royal Danish Academy of Fine Arts Schools of Architecture, Design and Conservation, in collaboration with the Mozambican NGO Estamos, the Faculty of Architecture and Urban Planning at Universidade Eduardo Mondlane (FAPF) and the Danish branch of Architects Without Borders (AUG), the project is part of research initiative on urban development in the Global South. 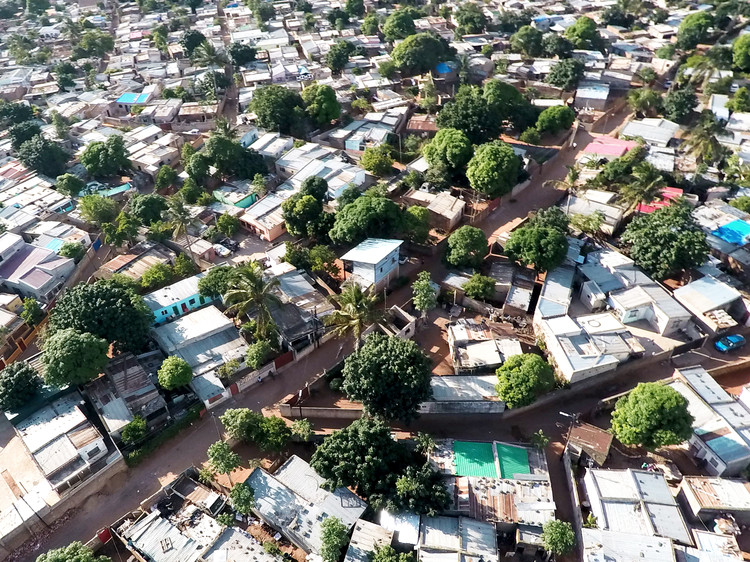 Casas Melhoradas has a tripartite focus: the development of alternative construction methods to improve building quality while decreasing the cost of housing; the development of new housing typologies, which utilize space and infrastructure more economically for more sustainable urban development; the construction of affordable rental housing through public-private partnerships to enlarge positive effects.

Previously featured on ArchDaily, this newest example of the Casas Melhoradas project, designed by Johan Mottelson and Jørgen Eskemose, was built in 2016 and features a vertical addition to an existing house near the center of Maputo; part of a slum area known as Polana Canico. The expansion was achieved by using concrete supports at ground level to create a foundation for the first floor timber expansion. The project utilizes prefabricated wood elements that were made at a local timber workshop, brought to the site on foot, and assembled on site in a short period of time.

In a city not known for effective planning, regulation enforcement, or infrastructure, this newest Casas Melhoradas example riffs on local Maputo tradition, adding to what was strictly a Casa de Blocos construction – a house built with only concrete blocks – and creating a variant on the Casa de Madera e Zinco typology of timber housing clad in corrugated iron sheeting. Some of the house’s notable features are a plywood ceiling with insulation foil, mosquito net coverings over natural ventilation openings, new windows added to the old ground floor, and a gallery oriented towards a private outdoor area, which also serves a covered porch.

Maputo has a population of 2.5 million with approximately eighty percent of inhabitants living in slums. The city’s population has been expanding at a pace of approximately five percent a year, with new buildings that are overwhelmingly on the horizontal plane. As Maputo’s footprint increases and puts greater strain on existing and yet-unbuilt infrastructure, land values at the city center have grown, adding incentive for greater densification in the future.

Casas Melhoradas’ housing units are rented out and fully financed over 10 to 15 year periods. To complete the work, project organizers rely on public-private partnerships, and are seeking donors and investors for future collaboration. More information can be found, here. 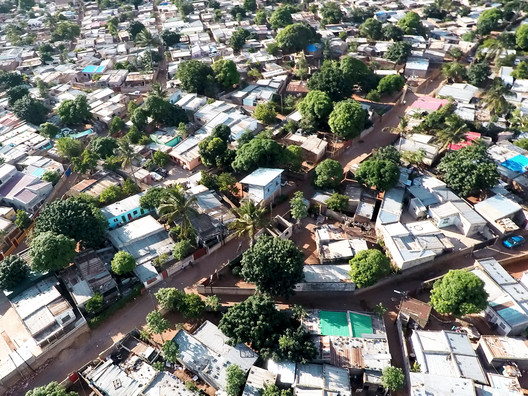