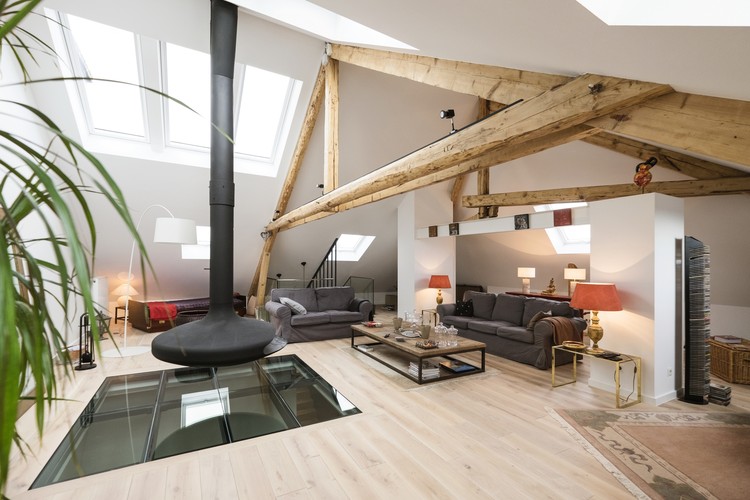 Text description provided by the architects. Renovation and interior transformations in a 1920ies manor house in Luxembourg City

The renovation and interior transformation works in a 1920ies manor house in Luxembourg City proved to be a challenge for everyone involved in the project, above all for the client who has been living in the house during the four months long operations. The bad condition of the second floor and mainly of the attics called for an in-depth and yet subtle and careful intervention by the architects and craftsmen. The client wanted to use the two floors as living space and to connect them. The architects chose mainly a subtle but in certain spots a more radical design approach.

The existing openings in the roof, floors and walls were kept and enlarged where needed. The former narrow and steep stairs leading to the attic floor was demolished  and replaced by wide and open wood and steel stairs, which now lead to the top through a much bigger opening in the attic floor. The new stairs not only connect both floors, but they also allow for daylight to penetrate the corridor on the second floor below, which used to lie in the dark before. To allow a maximum of daylight to enter the main staircase of the house, the light shaft has been replaced by a transparent glas slab solid enough to walk on. Centered, above and in between six large roof windows hangs the round steel fire place, the centerpiece in the new loft space. The technical and structural requirements to integrate these constructions into the existing timber frames of the roof and slab demanded a solid and yet discrete and integrated solution by architect, structural engineer and metalworker. The clear forms, lines, materials and colors were deliberately kept subtle and toned down to emphasize the owner's diverse collections. Because the uninsulated roof was leaking, repair works had to be done prior to applying a 20 centimeter thick insulation, which tremendously enhances the interior climate.

The six large and four standard roof windows allow much more light into the new living space. The timber roof structure has been thoroughly renovated and the main posts and beams were kept visible. Furthermore all the windows in the house have been replaced by better insulated ones. The existing oak flooring was partially repaired and replaced. A new light oak flooring has been installed in the new living space under the roof to enhance the light atmosphere even more. A new sink, toilet and a floor-level shower were installed in the former bathroom. Clear lines and shadow gaps on walls and ceilings provide a contemporary look to the new bathroom and kitchen. All the old electrical and plumbing installations have been replaced by a modern infrastructure.

Despite some of the usual unexpected occurrences during the transformation works, the project stayed true to its original concept and has been executed in time. 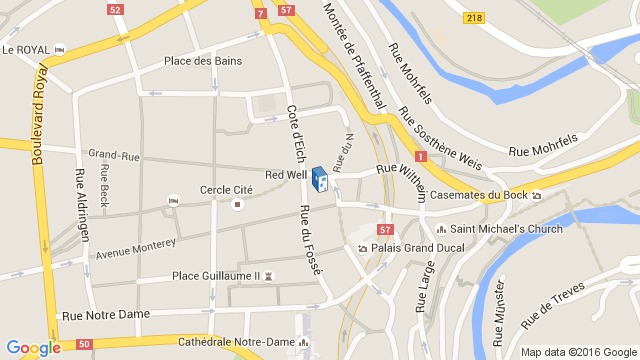