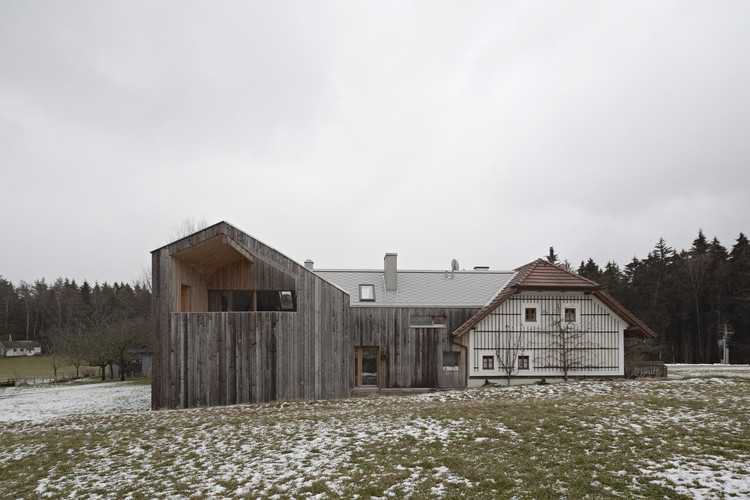 Text description provided by the architects. The old farmhouse was rebuilt and expanded for several times in the last decades.

At the beginning of the design the architects had to check which parts of the building are original and worth to preserve.

Only the oldest part of the farmhouse which its region typical simple typology was preserved.  The existing extensions were broken off or adapted.

All newer parts of the farmhouse were covered homogeneous with roughly sawn spruces so it¥s clearly visually separated from the original farmhouse.