Save
Housing Flandre / B612 Associates 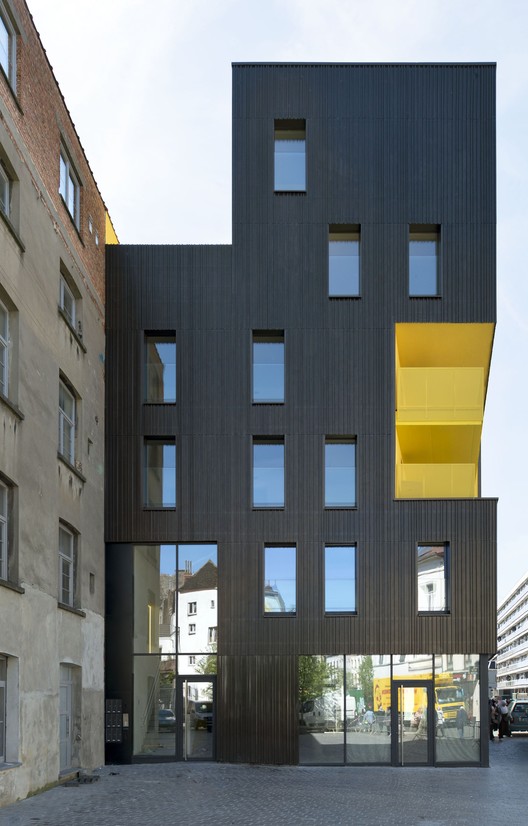 Text description provided by the architects. The project is located in the district of Molenbeek-Saint-Jean in Brussels. It is part of the urban renewal strategy of the city and holds a strategic position, facing the town hall, at the corner of two axis, one of them has been dedicated to enhance soft mobility.

The project responds to this context and proposes a real urban articulation opening the view towards the town hall. The facade of the building is slightly folded to broaden the perspective from the Brunfaut street, and connect the public space to the main axis without generating a „backside“. A new facade is so designed facing the prospect of the town hall. The existing road widening is thus transformed into a real space in continuity with the town square, stretching it between two landmark buildings.

A careful attention is given to to integration of the project into its context. The building proposed is compact, attractive, yet sober. The design of the ground floor is a search to amplify the continuities within the public space, while for the upper floors, the specificities of the program have motivated large openings cut into the main volume. They respond to the scale of the apartements, offering outdoor spaces and structuring the organization of the rooms and spaces for each of them. At the urban scale, they give the project its expressiveness.

The building is dressed with a skin made of a folded and perforated sheet of metal, interrupted only to reveal the large and bright yellow openings cut for the terraces. The sheet is folded following a variable rythm, the perforations are random. A dynamic effect, a vibration of the facade is so realised in order to accompany the urban articulation and underline the role of the project as urban signal. 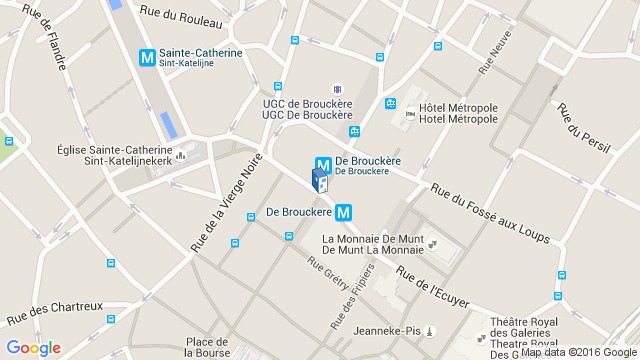