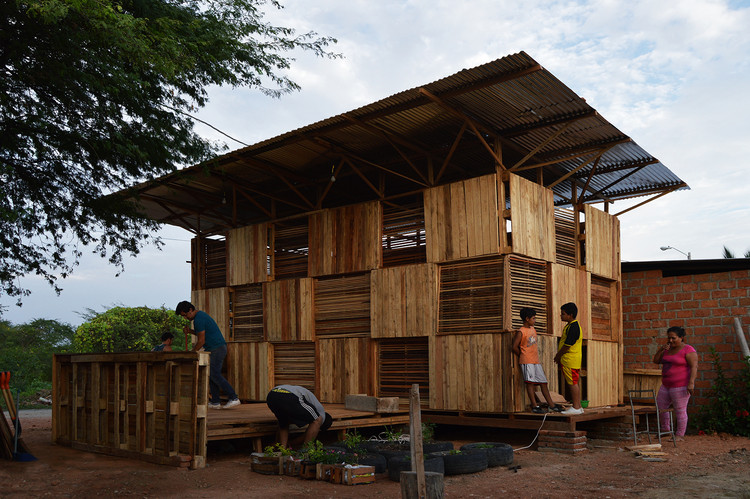 Text description provided by the architects. Log for a productive emerging dwelling
Architecture as a social catalyst for transformation from the basics.

There are times when starting a project is a dizzying adventure; seductive and inevitable. Passion is enmeshed in a series of circumstances to solve; technical issues, improvisations, interventions, collaborations, then articulating all initiatives to reach the aim: a house for Velfor, his wife and three children.

Located in the province of El Oro, Ecuador, the town of Chacras appears as in an old western movie, full of historical references due to its proximity to neighboring Peru (Manuelita Saenz, partner of Simon Bolivar, the Liberator lived here). Presently Don Velfor lives here with his family. They lost their home in the earthquake from April this year and found refuge in an area of 12 x 10 meters partially occupied by his mother-in-law Mami-Itzi.

The project was built in May 2016 during a period of 10 days. Natura Futura Arquitectura along with Cronopios-El Oro (a cultural management collective) carried out the different processes. After proposing an emerging design, we made calls through press, digital media networking and word of mouth. Donated materials and tools are collected, and volunteers gather for the construction; they are trained to perform the various daily tasks that will achieve the construction of the project.

After making the foundations with concrete and bricks, the house is articulated as modules on pallets, built with pine wood, usually used to load goods in large warehouses. Sticks and strips are used as structural support. The windows were built with semi-hard wood and recycled waste strips. In the end, zinc plates are used to make the roof.

We propose strategies to shore up the family economy, affected by the work stoppage and change of place. Creating a family garden was a first idea to generate a new spirit of livelihood. We included Don Velfor in a process of learning by doing so he can replicate what he learned in basic construction, in order to establish an economic activity within the region. We propose spaces for events to generate revenue, such as selling snacks or lunches.

The access platform is a space for social interaction between family members, and with the families of adjacent houses. It serves both to set a table with chairs and lunch, or to lay a carpet or mat and rest. The opening day a cultural event was made: a puppet show with the group Rompecabezas.
Transparency, light and wind.

The house is based on three volumes, two used for sleeping and one for kitchen and living room, with an optional progressive growth towards the platform. The distance from the elevated house to the ground protects the structures from moisture while allowing a constant flow of air under the floor. The height of the roof and open spaces plus the transparency of the windows allow for cross ventilation at all times. The form of the roof and its eaves are like a large hat that protects the house providing shade and protecting it from the rain. It is the choice of passive systems.

The constancy of pallet modules is mixed with spaces for windows whose spaces between strips allow for light to leak generating whimsical shadows inside. The low floor level windows function as escape doors for the little ones; recreational possibilities are embraced in a space that encourages fluidity.

The wide front door articulates the basic kitchen, with its shelves made of recycled baskets (used for fruit) with the platform expanding the space. The garden made of tires filled with sown ground renews hope in children who embrace it as their own project.

We seek to create a new core within the community thus reactivating the area, inverting its meaning, moving from moments of anxiety and uncertainty to a transformation from the basics, whose social catalyst is architecture. 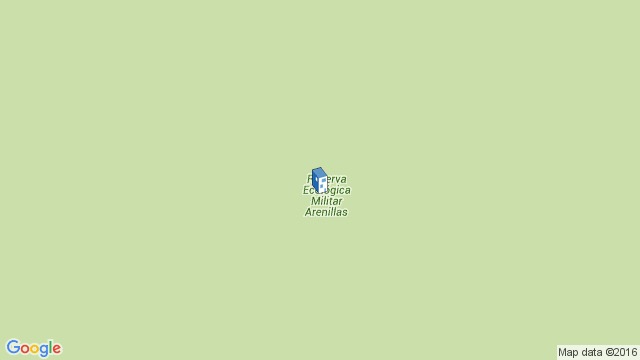 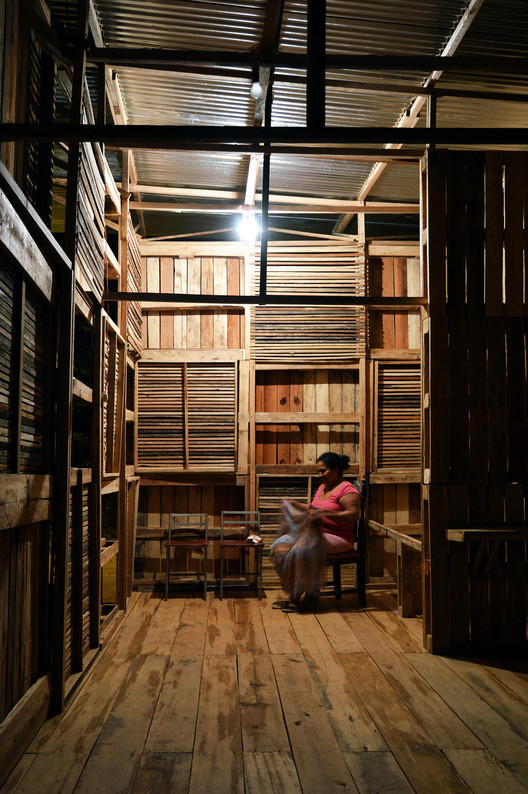 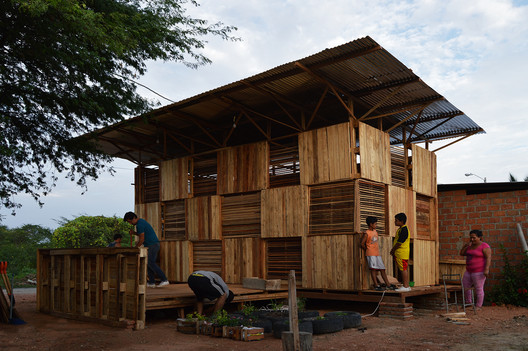