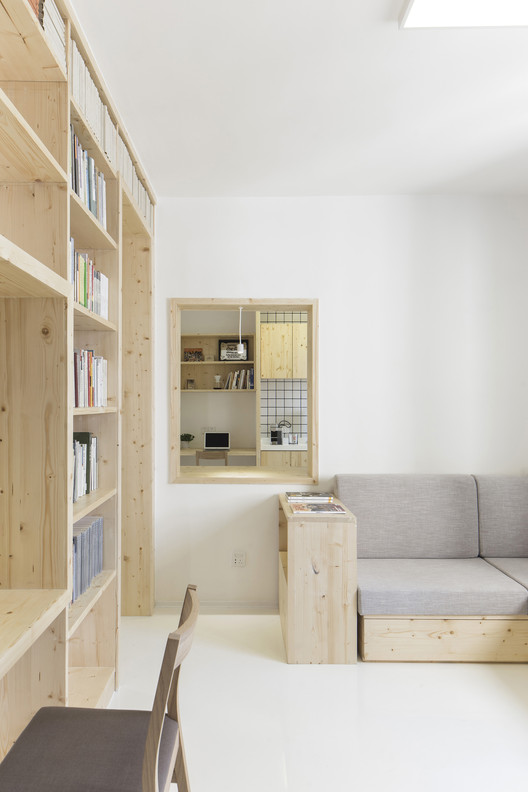 Text description provided by the architects. Firework Mansion
Located on Middle Furong Road, Changsha, under the foot of the Bayi Bridge, the 17-storey Firework Mansion was built in 1992. It was the highest building in Changsha at that time. As time pass by, it looks no longer as high as before now with so many high buildings surrounding it.

The Firework Mansi Import and Export Company. Along with the structural reform of state-owned economy, the gloryon used to be the dormitory building for staff of the former state-owned Hunan Firecrackers & Fireworks of this firework company became history. In those years, the company spared no expense to build this mansion and poured the whole building structure with cement and pebbles. That’s why it’s still so firm till now, like a fort; Nowadays, young people have successively moved out of this mansion, so those left in this mansion are mostly retired elderly people; Many departments are rented so that the once simple personnel composition of the former staff dormitory becomes complicated.

Darkroom on top floor
There is a small 60 m2 two-bedroom apartment on the top floor of the Firework Mansion. At ordinary times, a team of Changsha’s local poets, writers and painters often gathers here. Looking around, the walls are so firm, and the once high-expense complete shear wall structure forms a light tight environment between the rooms and between the apartment and the outside. Even in daytime, the interior is dim and the living room has no light at all. A droplight is lit all day.

Reedom Bookstore
The poets once get an inspiration. They want to transfer this humble house into a family bookstore, and name it “Reedom”. They choose books carefully in order to serve the public. On one side, they want to sell good books to people really fond of reading; on the other side, they also wish to provide a good place to go for the residents in Firework Mansion.

Bore a hole on the wall in order to get some light
The small two-bedroom apartment is dim and closed like a tank, so it’s not qualified to provide environment for reading. After discussion with everyone, the initial idea for design of the bookstore becomes very simple: to enlarge the window on the outer wall as much as possible; open several holes on each solid wall inside the house, to let the light and eyesight pass. Meanwhile, the space divided into separate rooms can become an integrated whole. Holes inside the house also invite in natural draught, which can avoiding using too many air conditioner in the hot summer. We even think about open a scuttle on the roof.

Change small into tiny
The rooms are small and can’t be enlarged, so we decide to go the adverse way to change them into smaller ones and create a more sincere and concentrated environment for reading. Thus, we placed bookcases and partitions in the already small living room and bedrooms. In this way, after the completion of the project will be able to accommodate about 5000 books. Holes are also opened on the partitions as we have done on walls. To save space, we don’t decide to place any desks. Instead, we’d like to use the holes as desks. In this way, we get many mini reading rooms with interlinked light, eyesight and air, while ensuring privacy.
We changed all the windows and door, including the big open window on the balcony. The balcony becomes a most unique place for reading, with a good city view and soft breeze when opening the window.

We once thought about open a scuttle on the roof. However, the plan was finally aborted due to various reasons. In the end, we enlarged a window in the living room and changed it into a large French window. Using a corner of the rooftop platform as the extension of the bookstore, to face the large French window and window of the balcony, a rooftop miniature environment is formed.

Moon for Reedom
The elevator hall of the Firework Mansion has a beautiful round window. It can be seen as soon as the elevator door opens. What more coincidental is that, outside the round window, are the outer windows of the two-bedroom Bookstore. So, we placed our signboard “Reedom” outside the round window and pasted the logo of Reedom on the round window. Seeing from a specific angle, the logo forms other words when linked to the words on the signboard. We call this round window “the Moon of Reedom”.
Meanwhile, we love so much the former mosaic outer wall of the Firework Mansion. So, we chose a space and printed the QR code of our bookstore onto it. The code can be scanned from some angle in the house.

Neighborly relations
The construction of the bookstore has lasted for a year. We have built very good neighborly relations with the neighbors. They all love the rooftop bookstore very much. Meanwhile, we are designing better facilities for them to dry clothes and pickled radish on the rooftop. We hope to finally build the area into a good place to go for the whole community. 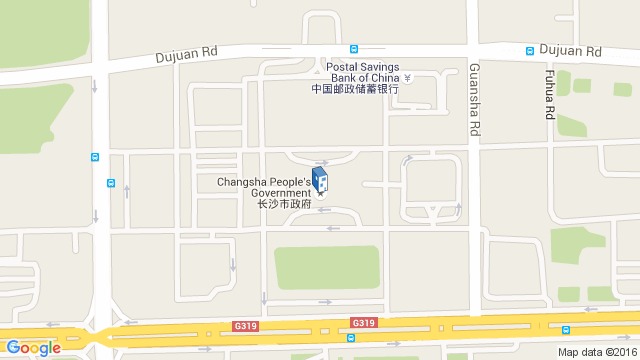 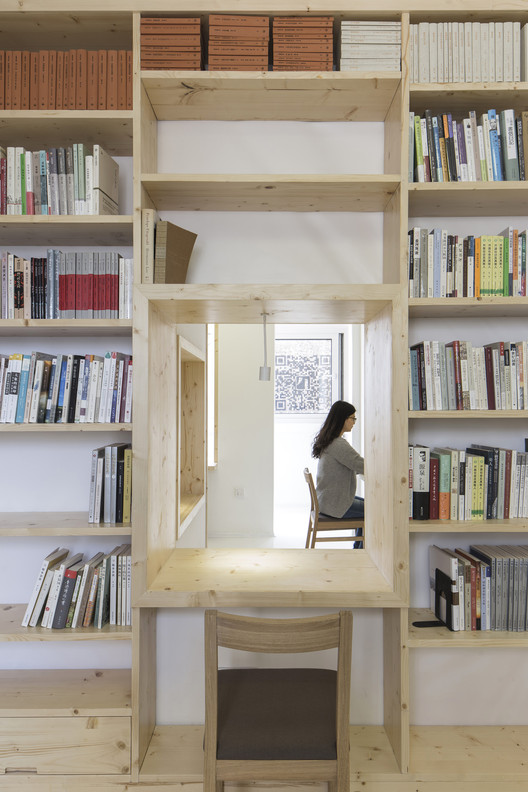