Bordeaux-based atelier d’architecture King Kong has unveiled their design for the new NH hotel at the Toulouse Blagnac airport in France. Both elegant and inviting, the hotel's warm atmosphere is achieved through the acoustic and thermal qualities of the sweeping ground floor area, which opens onto the exterior spaces.

An expansive terrace unfolds around the building’s prow. Its base, distinguishably surfaced with gabions, houses the building’s service facilities. A partially cantilevered volume above the base accommodates MICE (Meetings, Incentives, Conferences, and Exhibitions) activities.

The "Razzle" pattern employed on the front/face of the building aims to "dispel the monotony of an unbroken façade,’’ atelier d’architecture King Kong states in a press release. The pattern, positioned vertically, is thus in a "syncopated rather than serial fashion." "Each hotel room corresponds to 3 strips in the pattern, of which two comprise windows," explain the architects. This gives each room a unique character.

Y-shaped columns rise from the base of the building, echoing the design of the façade. Atelier d’architecture employ an "elegant’’ color palette throughout – black, white, gold and red – to voice the expansion of the NH brand, and that of Blagnac airport. Thus, the building functions as a "showcase for the airport’s shimmering horizons.’’

Despite being located within close proximity to the airport, the building reflects its surrounding environment with hanging gardens, green roof terraces and gabions, a natural habitat for plant growth. The gravel-covered rooftop houses several solar collectors, designed as a ‘‘fifth façade’’ to be experienced by those flying overhead. 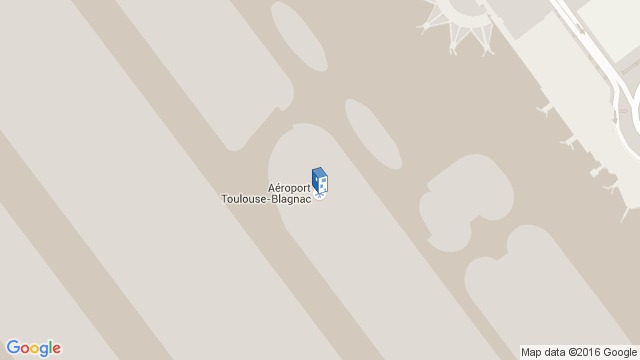