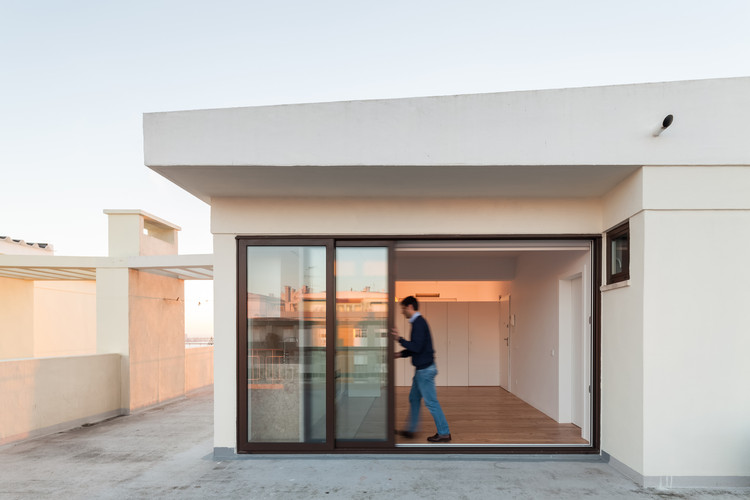 Text description provided by the architects. The Casa da Porteira (literally, “Door-woman’s House”) is inserted into a project of five isolated blocks of residential spaces, with six floors, a commercial space inserted into a section of the ground floor and, additionally, a dwelling that retreats into the structure at roof level where the Casa da Porteira is located. These residential blocks where built between 1965 and 1966, the architect of which is Ruy António da Silveira Borges.

Characterized by its small dimension, the Casa da Porteira has an area of only 30 m2, a kitchen, a bedroom, a sanitary installation, and leads to a generous terrace with a privileged view over the riverfront area of Belém.

The proposed programme demanded a solution that was practical and functional, as well as offering a clear response to today’s residential needs. In this sense, the intervention is can be described by its conceptual simplicity as well as the simplicity of the way it approaches the specificities called for in the programme.

The house unfolds in the following way: a single space that contemplates two different areas, one of them social, one of them private. These two areas are differentiated by the construction of a volume that assumes the function of a wardrobe and a pavement that elevates from the floor in the private area, where the bed is installed. The preponderance of these elements in the functionality of the spatial solution resolves the division between the two spaces whilst maintaining, simultaneously, the relationship between the two in a controlled fashion.

The kitchen has an important role in the daily living experience of the house, though the possibility of closing it off in relation to this space is not excluded.

The relationship between the interior and the exterior (terrace) results from the creation of two large vertical openings from the top of the apartment, allowing for their use as a continuation of the interior without restrictions or obstacles. In using this principle, the apartment gains an additional dimension. 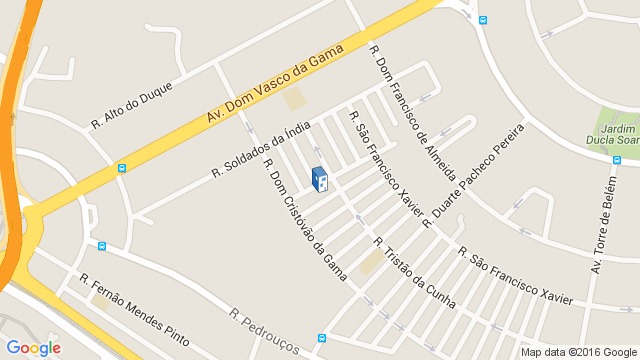