KAAN Architecten has won the commission to design the New Amsterdam Courthouse. The new building will replace the current judicial complex at the intersection of Zuidas and Parnassusweg, which is slated for demolition. The Courthouse of Amsterdam is the largest in the Netherlands and handles 150,000 cases a year with a staff of 200 judges and 800 professionals. KAAN Architecten describes the building's design as both "stately" and "distinguished," stating that the intention was to create a facility that understands justice as an open process, and thus incorporates ways for the public to engage with the Courthouse. 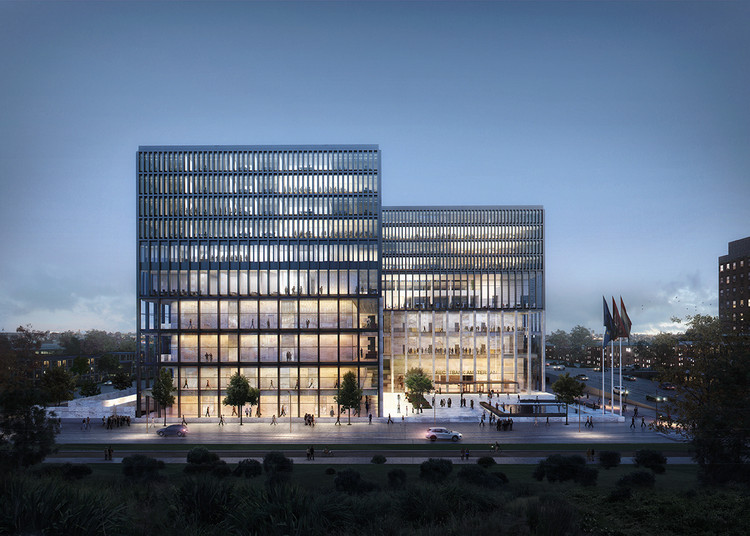 In order to foster this sense of openness, the ground floor will be visible through large windows and allow for public access to a variety of spaces including a courtyard. Adding to this sense of engagement, the interior layouts are designed to merge with the street conditions outside, generating a forecourt, central hall with foyers, and waiting areas, that are an extension of the urban fabric. However, the architects clarify that users will also find that the building can be immensely private, with sheltered areas and screened-off routes for judges, clerks, and ministerial representatives.

In total, the building with host 50 courtrooms and council chambers, all with natural light. A large ground floor courtroom will host larger cases that attract more visitors, and will have a dedicated point of access as to not disturb the ongoing proceedings of the other courtrooms.

The Courthouse will also incorporate several gardens and landscapes, including an enclosed space on the ground floor, vertical gardens climbing through building offices, and on the building’s western face, a sunken landscape providing daylight to a basement level.

During the demolition of the existing court structure, workers will be moved to satellite facilities in the neighborhood. The new building is scheduled for completion in 2020. 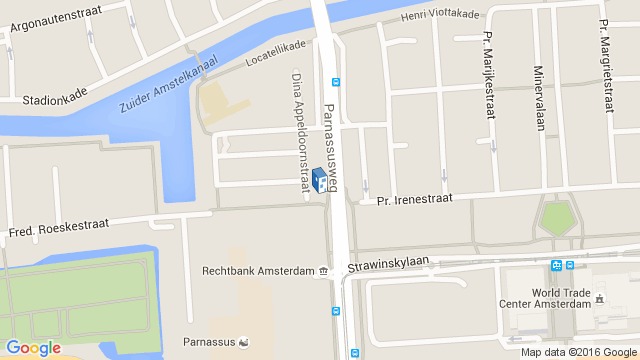 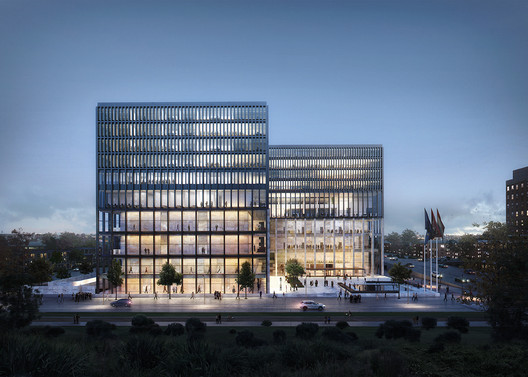