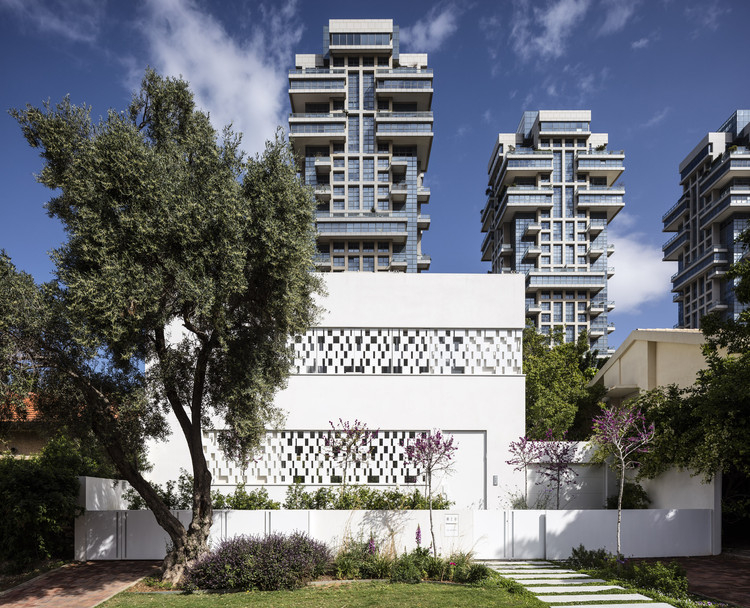 Text description provided by the architects. Visitors to the Old North of Tel Aviv would be surprised should they stumble upon a small neighborhood of low-lying family homes possessing just one or two storeys each. These are the remaining relics of Israel’s early urbanism when the English garden city motif populated many of her towns.

It incorporated a rural aesthetic of red-tiled roofs, low construction and spacious, generous gardens - some buildings were constructed by the Ministry of Housing and others were enthusiastically encouraged by it. Their first inhabitants were often new immigrants and many were soon purchased by elites who saw in them the promise of comfortable lives and peaceful surroundings within an ever-growing city.

In the march of time, some were abandoned, neglected, and then rediscovered and renewed. Dense cities developed rapidly and intensively around them causing a sharp desire for these oases of comfortable family homes. Some remained unaltered - modest homes through which waft the romantic scents of their history. Others have been adapted to reflect the modern tastes and desired proportions of their current owners.

Unique is the advent of contiguously built homes - built from the start as linked units with a continuous appearance. Siamese twins bound together by visual and constructive obligations. Their development requires consideration and adjustment. Their environment seeks to preserve their values - their culture and history.

At first glance the clean, bright facade of the house seems alien against the background of the neighborhood. Emphasizing its difference is the additional height of the home and its long, horizontal windows, hidden behind white iron lattice-work. These are in conversation, as it were, with the early international-style homes built in Tel Aviv, some of which displayed similar lattice-work that emulated freedom of form - rendered by indecipherable spatial division.

Viewing the home from the side reveals the preservation of the original slanted roof with its distinct romantic character. Now, however, the roof appears to be resting on the surrounding walls rendering its appearance so subtle it may even be missed. The end result of the side facade is an homage to the image of the “village home”.

A passage runs from the street straight through the entrance into the inner areas - exterior and interior - past and future - a home of modern proportions. The rear facade reveals a large, vitrine window unifying the home to the yard and pool. The passage through the storeys of inner rooms is formed by a floating bridge crossed by a staircase leading up to the roof.  There the bleached wood eaves stand out against the wall thinly coated with black cement, as if acquainting the architectural motifs of new and old, identity and exactitude that permeate the structure. Hence - inside and outside - two worlds - two cultural tales are intertwined within the existence of the structure, permitting its existence, breathing into it completely new life. 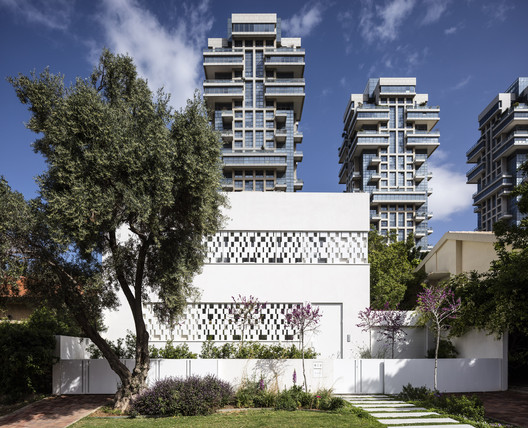