Save
House With A Peristyle / Drozdov & Partners 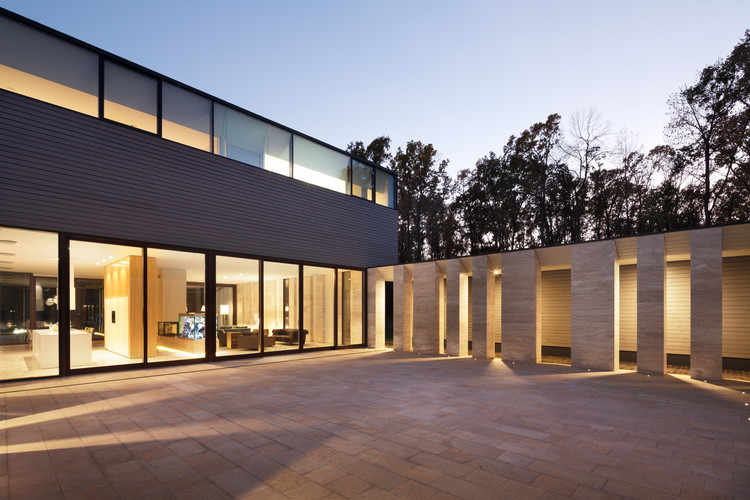 Text description provided by the architects. The house is located on a clearing inside an oak-tree forest that is homogenous in its structure. Much in the same way as flat steppe, the homogenous dendrology of the forest is far from being a simple setting for developing a scenario. Therefore, as long as we define the forest as an “occupied” place, we introduce the empty space of the peristyle as an “antithesis” to it.

Under the influence of some centrifugal force, all the elements of the estate are exposed to the forest with their outer contour. The inner courtyard unites and brings together all the functional volumes of the house (living room, kitchen, utility rooms, gym). Typologically, the house is close to the traditional farmstead in the Carpathians.

The forest manifests itself in two images. On the one hand, it is the forest which approaches the house, and on the other hand – it is the paradoxical perception of the forest from within the peristyle. This perception is further emphasized by the vertical apertures of the gallery that echo the tree trunks.

Following the principle of the Medici palace in Florence, there is a direct correlation between the rank of the premises and their physical parameters, such as area and height. All the premises are arranged as a flexible sequence of interflowing spaces, starting from the parking space and going as far as the open terrace with a swimming pool. The peristyle fits into this chain of premises and acts as an important intermediary between them, articulating all the major directions. The rhythmic colonnade of the peristyle enters the house enhancing the feeling of transit movement. The same principle is maintained on a lower scale due to partition walls, furniture and other elements. 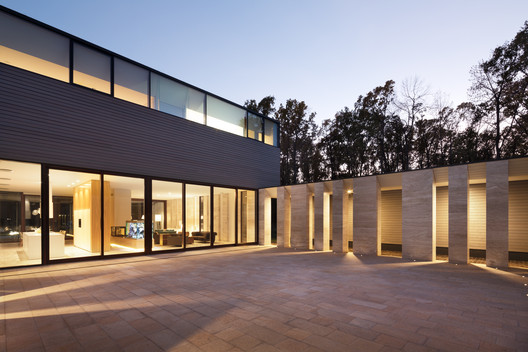